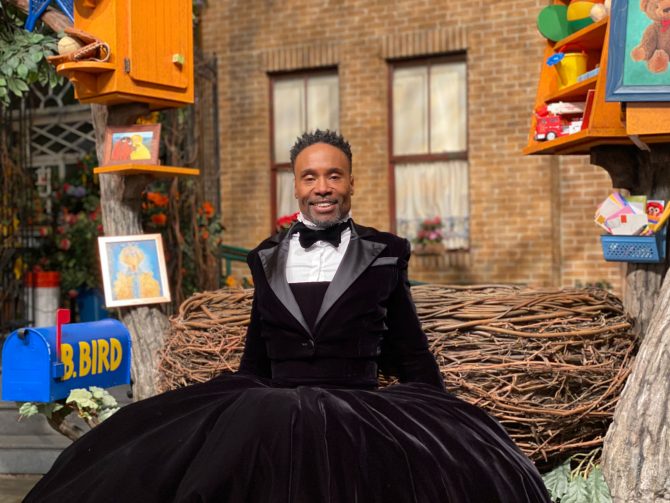 The uproar over Billy Porter’s upcoming appearance on Sesame Street hit a new high (or low, if you ask us) as notorious conservative publication The Federalist has launched an attack on the Pose star. Columnist Denise Shick has condemned Porter’s appearance, warning “watching a cross-dressing gay man interact with their favorite TV characters is sure to affect impressionable young minds.”

Shick’s sole academic credentials appear to be serving on the board of a conversion therapy group called Help 4 Families and the International Children’s Rights Institute, a group that’s website leads to a blank page, but appears to be an anti-queer activist group of some kind. She has also authored a memoir called My Daddy’s Secret about her father’s coming out as transgender. Her previous essays and stories for The Federalist include titles such as “Kids Who Dress In Drag Are Being Manipulated By Adults Who Should Know Better,” “Baby Dies Because Doctors Were Told His Pregnant Mother Was A Man” and “Just Because Your Transgender Parent Isn’t Messing With You Doesn’t Mean It Doesn’t Happen.” Those essays accuse transgender people of being serial child molesters and insinuate that transgender children just want more attention from parents.

In her newest essay, “Sesame Street To Feature Cross-Dressing Gay Entertainer For Impressionable Preschoolers,” Shick refers to Emmy & Tony winner Porter as a “drag queen.” Porter taped his appearance for the show wearing his famous tuxedo dress. She then goes on to cherry-pick various statistics out of context to imply that the LGBTQ community is full of substance-abusing degenerates, and that queer people suffer from mental illness. In essence, she argues that children who see Porter singing and dancing with Muppet characters will grow up to be transgender since young minds are so impressionable.

“If an immensely popular children’s TV series like “Sesame Street” uses its teaching platform to teach its young viewers that homosexuality and transgenderism are normal and healthy, is it telling the truth?” Shick writes. (Spoiler alert: yes it is)

No doubt Ms. Shick is correct in one regard: young minds are impressionable. She’s likely holding onto a large amount of shame and trauma from when her own father came out as transgender and left her mother to begin his transition. Her devout Catholic upbringing and subsequent conversion to evangelical Christianity probably has something to do with that.

For now, we propose Shick should quit attacking Sesame Street and Billy Porter, quit counseling families dealing with gender issues, and seek some mental health therapy herself to confront her own feelings of guilt and anger rather than spreading false and bigoted vitriol against the LGBTQ community and popular children’s shows. Her father’s personal struggles and her own feelings of self-loathing have nothing to do with either. We learned that a long time ago…by watching Sesame Street.