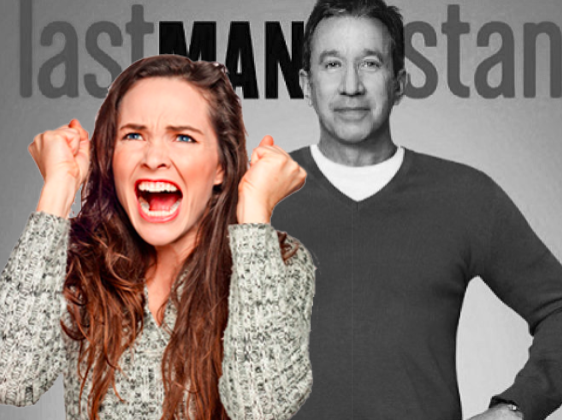 It turns out Debbie Odom Massey isn’t the only person freaking out over ABC’s decision to cancel the Tim Allen sit-com “Last Man Standing” after six years.

All across America, conservative TV fanatics are having a collective meltdown over what they perceive as an attack on their values and religion.

“Last Man Standing is one of the only shows on broadcast television, and the only sitcom, that is not constantly shoving liberal ideals down the throats of the viewers,” the petition reads.

Meanwhile, a Twitter page called @BringBackLMS is currently taking a poll on what network should sweep in and pick up the show now that ABC has hung it out to dry. 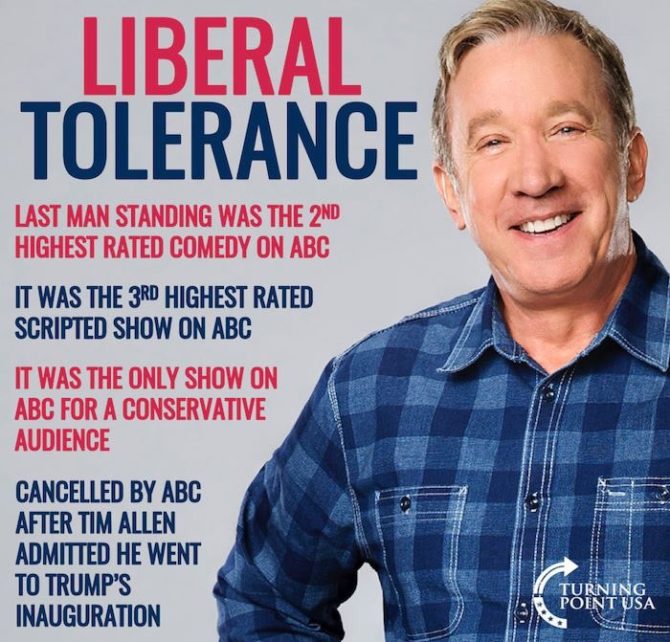 And even Tim Allen himself  weighed in on the controversy, tweeting:

Stunned and blindsided by the network I called home for the last six years. #lastmanstanding

Related: Lady who went on antigay tirade over Tim Allen show gets fired from her job, goes into hiding

In response to the backlash, Channing Dungey, president of ABC Entertainment, released a statement saying politics had nothing to do with her decision to pull the plug on the show, telling media:

“I canceled Last Man Standing for the same business and scheduling reasons that I canceled The Real O’Neals, Dr. Ken, The Catch and American Crime. Last Man Standing was a challenging one for me because it was a steady performer in the ratings, but once we made the decision not to continue with comedies on Friday, that was where we landed.”

Still, this didn’t stop people from tweeting their outrage, calling for a boycott of ABC, and, of course, demanding Ms. Dungey be fired from her job.

Check out what they’ve been saying…

#ChanningDungey needs to be replaced!!!!! I want Last Man Standing BACK ON THE AIR!

#lastmanstanding ABC wants to embrace diversity except when it comes to conservative Christians. Stand your ground #TimAllen .

This woman is clearly an idiot and fool. Her politics makes decisions for her, pathetic human being. Boycott ABC #ChanningDungey

ABC canceling #LastManStanding shows how intolerant the left is. This is the type of thing that is causing moderate democrats to leave.

@FoxNews @ofctimallen @SashaFB favorite show on tv. wish Hallmark would pick it up going forward. America loves Tim Allen. This is so wrong on so many levels

I would boycott @ABC over the cancellation of #lastmanstanding but that's the only show I watch on ABC. Well done, idiots. #tcot