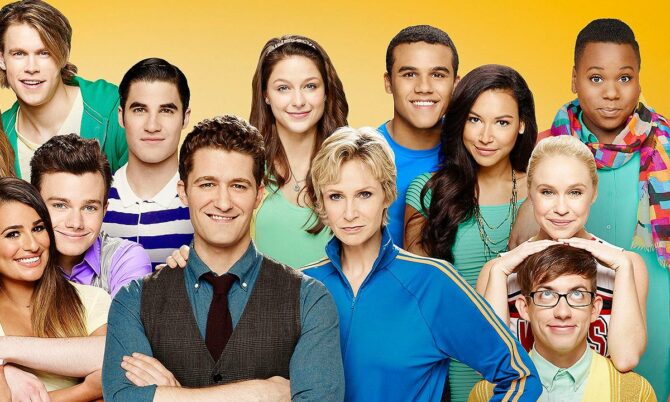 Glee, the hit FOX series which ran from 2009 to 2015, has been both praised and criticized for its big swings at representation and tackling of challenging subject matter. Now one conservative writer is taking the criticism several hundred thousand leaps forward, blaming it for starting a “wokeness epidemic.”

Even more unbelievable, some seem to agree.

Writer Bill Hurrell penned a staggeringly long, 6,500-word think piece for the conservative publication Human Events, in which he blames the show and its fans for essentially creating “cancel culture,” the word “problematic,” and basically the entire concept of TV representation of underserved identities… as if that last one is a bad thing.

“The ‘representation’ on Glee was apparently so significant and so accurately done that it reawakened ancient tribal hatreds among the teenagers watching the show because they could no longer tell the difference between the show and themselves,” Hurrell writes. “This is the reality of wokeness: It is not a utopian philosophy. It isn’t even really a Leftist one, though it uses Leftist language to mask its true intentions. No, what it is, is a sad, pathetic teenage wish fulfillment fantasy: a reactionary ideology determined not to move forward, but to restore the power dynamics of high school, the only place where the woke have ever had any power, or where petty, cruel, emotional infants like them can ever have any power.”

We’ll spare you any more quotes, but feel free to dive into this word soup at your own peril.

A Senior Editor for Human Events, Jack Posobiec, shared the article on Twitter and cherry picked some responses he received which “prove his point.” They’re pretty hilarious:

They did you a favor https://t.co/TSHJdeTV4V

In other more important news, I’m writing my doctoral thesis on how flea farts are raising methane levels and contribute to global warming.

For anyone to take Glee this seriously is humiliating. I say this as someone who loved the show while it aired. It’s a light, fun show that’s meant to make people laugh.

I don’t get it. I really liked glee when I watched it back in the day but I didn’t lose my mind. Is my brain broken or is it everyone else?

Me and a big group of people all watched glee, unfortunately we all turned gay and people stopped talking to us 😔😔

What a load of dribble.

We do have to thank Hurrell for one thing, though — at least he provided inspiration for some good memes: