As soon as the Iowa decision to allow gays and lesbians to marry came down, our first thought was, “What are the usual conservative asshats going to say this time?” True to form, our nation’s crustiest bigots to the airwaves and intertubes this weekend to tell America how thanks to the great state of Iowa, civilization is about to come crumbling to its knees. Here are our favorites, certain to make up a special chapter in our future bestseller Conservatives Say the Darndest Things. Seriously folks, the level of funny on this is through the roof. 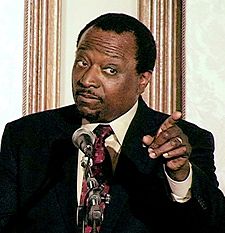 “Pretending that acceptance of gay marriage can be imposed by judicial dictation adds the force of passion to the intended distraction, by dangling before minds weakened by corrupted appetites the titillating prospect of officially licensed sexual indulgence, unburdened by respect for its natural consequences, which include the responsibilities of procreation. (The movement for gay marriage pretends to be about homosexuality, when in fact it’s main objective is to remove the last trace of guilt or shame from heterosexual selfishness so as to destroy the moral prerequisites of the natural family. Thus, on the specious grounds that it somehow demeans homosexuals, the forces of political correctness seek to eliminate the very idea that the family takes a form that reflects natural, and therefore unalienable, right.)”

Usually, we save the best for last, but Keye’s blather is too good to bury. His whole post is essentially about how the mean old judiciary is wreaking havoc on democracy, but bigots have trouble sticking to the arguments and always reveal their hatred for gays and lesbians. It’s not enough that gays and lesbians want to get married, no! Our ultimate goal is to “destroy the moral prerequisites of the natural family.” We could go into a discussion about what Keyes means by “natural family” (single parents beware!), but what makes Keyes so entertaining is how purple his prose is. “Dangling before minds weakened by corrupted appetites the titillating prospect of officially licensed sexual indulgence” was a line we swore we read in our high school literary journal.

“For how many years were they talking about gay marriage? How many years were they talking about demonizing the SUV? That started in 1995. Here it is 14 years later, and they’re on the verge of doing it. Liberals don’t stop. It’s like the Soviets. They didn’t have four-year plans based on the service of term of their leader. They had forever plans, and if you had to take a year off, maybe a step back before you took two steps forward, then fine. But they had the objective, it was there, and whenever it got done was fine, as long as you’re always working for it. Same thing with Hugo Chavez. Hugo Chavez is taking over the banks now. Hugo Chavez is nationalizing the oil industry. Hugo Chavez in Venezuela, we’re getting, you know, an early sign of what Chavez did by watching things happen here. But they don’t stop.

This is why an electoral majority needs to happen in order to defeat these people, and even after they’re defeated, they try to go around it in other ways, getting judges, like unanimous decision in Iowa today, with the Supreme Court, unanimous, that a ban on gay marriage is unconstitutional. Now, I guarantee you, if we could go dig up James Madison and say, “Mr. Madison, did you intend for the Constitution to say people of the same sex could get married?” And I guarantee you he would have the reaction, “What are you talking about? Are you sure you’re asking me about the Constitution?” But then the four judges, whatever the number, they’re unanimous in the Iowa Supreme Court, have just said what they think the Constitution says.”

That’s right. The gays are just like the Soviets! Gay marriage is just one step on the road to electing Hugo Chavez King of America. However, the more exciting prospect is Rush Limbaugh as voodoo priest, resurrecting the Founding Fathers. “Zombie James Madison, What do you think about the gays?”, he’d ask. And that’s when Zombie James Madison would eat Rush’s brains– tasty, drug-addled brains.

“The lawless judicial attack on traditional marriage and on representative government continues… Amidst the opinion’s 69 pages of blather, there are two key assertions (and they’re nothing more than that):

If you were not attuned to the deceptive rhetoric of living-constitutionalist judges, you would sensibly imagine that that proposition would mean that the court would defer to the standard of the current generation reflected in the statute that Iowa adopted in 1998. But no:

(2) “The point in time when the standard of equal protection finally takes a new form is a product of the conviction of one, or many, individuals that a particular grouping results in inequality and the ability of the judicial system to perform its constitutional role free from the influences that tend to make society’s understanding of equal protection resistant to change.” (pp. 16-17)

The judicial knaves who proudly regard themselves as trailblazers (see pp. 17-18) in carrying out this latest assault on the powers of citizens are Iowa chief justice Marsha K. Ternus and associate justices Mark S. Cady (author of the opinion), Michael J. Streit, David Wiggins, Daryl Hecht, Brent R. Appel, and David L. Baker.”

Whelan, demonstrating how The National Review brain-drain has taken its toll on the site, doesn’t offer up all that much in terms of colorful language, though it’s sort of cute that he refers to the Iowa Supreme Court as “judicial knaves.” The bit about judges provoking a “lawless attack” is a contradiction in terms, but the best part of this is that he goes out of his way to name each and every justice (that would be all of them) who made the marriage decision. It’s vaguely threatening, in a “I’m taking names!” sort of way. How much you want to bet he has an enemies list in his nightstand drawer.

What we’re most struck by is how muted the reaction has been. Surely, there’ll be more hand-wringing and finger-pointing in the coming weeks, but for the most part, conservatives seem to realize that when it comes to Iowa, at least for the foreseeable future, they’re S.O.L.

And if America’s nerd boyfriend Nate Silver’s statistical analysis of past decisions holds up, it looks like by the time the opportunity comes up for the voters to overturn the Supreme Court’s decision, nobody will care any longer. In the meantime, we’ll keep our ear out for [Apologies to the Bard] “these tales full of sound and fury”, which more and more, signify nothing.