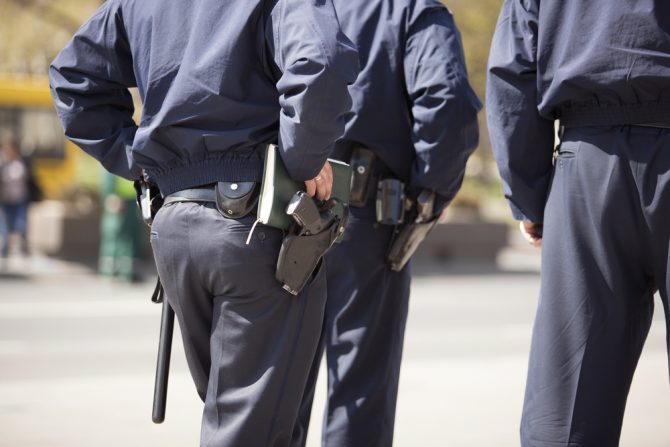 It didn’t take a mastermind detective to look through the officers’ public social media feeds and uncover language unbefitting of law enforcement.

The 13 set to be fired are also merely a slice of the 72 officers who’ve been placed on administrative duty after the online database the Plain View Project collected over 5,000 comments and posts from officers in Philly and seven other nationwide jurisdictions.

Many of the posts seemed to celebrate violence against minorities. Others expressed bigoted views towards the LGBTQ community.

One Philadelphia officer commented that a suspect “should be taken out back and put down like the rabid animal he is.”

The Plain View Project stated that the comments “could undermine public trust and confidence in our police.”

For many community leaders and residents, that ship sailed long ago. Peaceful protesters gathered outside police headquarters and demanded action.

Of the 72 officers whose posts were shared, 17 were highlighted as the worst offenders. 13 are now “suspended with the intent to dismiss.”

“I continue to be very angered and disappointed by these posts,” said Police Commissioner Richard Ross Jr.

“We have a duty to represent ourselves and our city,” he said at the news conference. “We will not allow this incident to break down the progress we have made and we pledge to do better.”