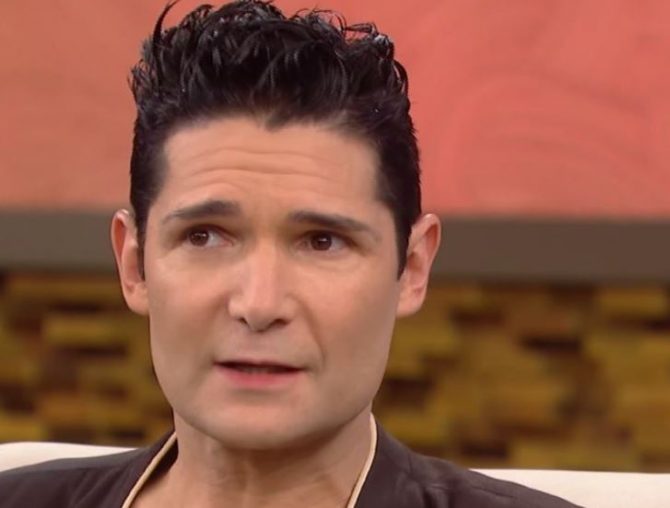 Actor Corey Feldman promised to tell the world the truth in his new pay-per-view documentary. Instead, an epic disaster of a launch just raised more questions.

The launch of My Truth: The Rape of Two Coreys, which Feldman self-financed and produced, aimed to lift the veil on Hollywood’s pedophilia problem. The film would also reveal the identity of the men that raped both Feldman and his longtime friend, fellow child star Corey Haim. It was intended to stream as a one-time pay-per-view event, as no distributor wanted to be involved with the movie for legal reasons.

Feldman selected March 9 as the premiere date, and also hosted a special screening in Los Angeles at the Director’s Guild of America. Fans and celebrities turned up for the event, including Rosanna Arquette, Dave Navarro, Jamie Kennedy and Patricia Richardson. The screening experienced delays, however, after Feldman announced that the pay-per-view website had gone offline as a result of meddlesome hackers.

“I’d love to say this was all a big act, but it’s not. It’s real,” an apologetic Feldman told the crowd, according to the Los Angeles Times. After several delays, Feldman ran the film for his audience. Online patrons still have not been able to view the film.

SPOILER ALERT* 4 ALL OF U WHO COULDNT C THE FILM LAST NIGHT, IM SHATTERED BEYOND COMPARE! SINCE THEY R TRYING 2 PAINT THIS BLATANT ATTACK ON MY 1ST AMMENDMENT RIGHTS 2 SPEAK FREELY AS A HOAX, PPL R WRITING WE NEVER SAID THE NAMES, HERES PROOF IT HAPPENED! https://t.co/9IBre5o0RO

Tuesday morning, Feldman took to Twitter to promise those that had pay-per-view subscriptions they would see the film, one way or another. “I GIV U MY PERSONAL GUARANTEE THAT EVERYONE WILL GET 2 C THE FILM! EVEN IF I HAVTA BUTN DVDS & SEND THEM 2 EACH OF U! NOTHING WILL KEEP #MYTRUTHDOC FROM COMING OUT! THIS IS INSANE! PLEASE PRAY 4 US!,” Feldman tweeted.

As for the content of the film itself, reports say Feldman fingered actor Charlie Sheen as Haim’s rapist. “This wasn’t like a one-time thing [Haim] said in passing. It wasn’t like, ‘Oh, by the way, this happened.’ He went into great detail,” Feldman reportedly says in the film. “He told me, ‘Charlie bent me over in between two trailers and put Crisco oil on my butt and raped me in broad daylight. Anybody could have walked by, anybody could have seen it.'”

Sheen has denied the allegations, as has Haim’s mother.

“Justice to me is knowing that anybody that wants to see the truth is able to see the truth, absolutely,” Feldman told reporters after the screening. But there’s so much more to it than that. What’s most important is that these guys are behind bars. You can’t go around hurting children and get away with it anymore.”

At the time of this writing, Feldman has not announced updates on the distribution status of the documentary.