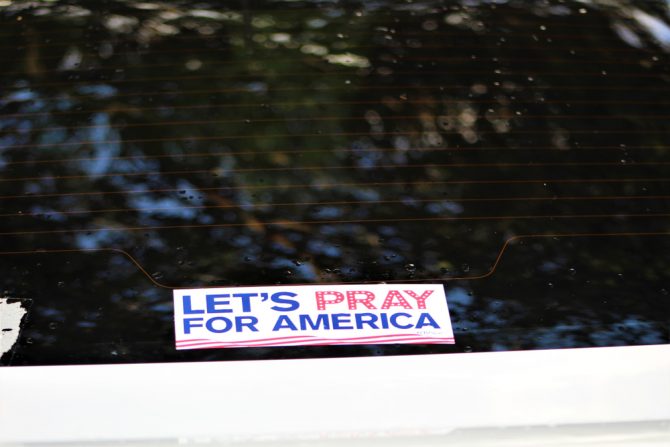 As a handful of pastors across the nation continue to defy public health orders by holding Sunday services week after week as coronavirus ravages the nation, the CDC has just issued a report detailing how one rural Arkansas pastor and his wife may have spread the virus to nearly three dozen church members, which ballooned into a cluster of over 60 cases, which resulted in at least four people dying.

According to the report, shortly before developing symptoms of COVID-19 two months ago, the unnamed 57-year-old pastor hosted a children’s event from March 6 to March 9 that included indoor sessions, singing, buffet-style meals, and church services that included hand-to-hand contact during offerings. Then on March 11, he hosted a Bible study group.

The very next day, he learned that some members from his congregation had developed symptoms of coronavirus, so he did the right thing and closed his church.

But by then it was too late.

A few days later, he also developed symptoms and, on March 16, both he and his wife tested positive for the virus.

Health officials have now concluded that those church events resulted in at least 35 cases, with the pastor and his wife being the index cases. Of those 35 cases, seven required hospitalization, and three of the people died. An additional 26 cases and one death were also reported in the community.

While the CDC has not said specifically what rural Arkansas church the cluster is linked to, the Daily Beast reports that the details of the report line up almost exactly with details of an outbreak reported at a church in Greers Ferry, Arkansas in late March.

Donald Shipp, a deacon at First Assemblies of God Church in Greers Ferry, told the Arkansas Democrat-Gazette on March 23 that 34 people who attended a recent children’s event at the church had tested positive for coronavirus and more were awaiting test results.

Around that same time, Mark Palenske, the pastor at the church, wrote a lengthy Facebook post announcing he and his wife, Dena, had both tested positive.

When something like this Covid-19 virus touches the other side of the world, your first inclination is to assume that…

In his post, Palenske said that when a deadly virus spreads on the other side of the world, “your first inclination is to assume that time and distance are on your side,” but “that false assumption” had quickly caught up with him and his wife.

Sadly, their “false assumption” also appears to have also caught up to many others.

According to the church’s website, all services and other activities at the church have been postponed until further notice, which is a good thing. Whether or not the CDC’s report will have any influence on those pastors who continue to hold large church events remains to be seen.