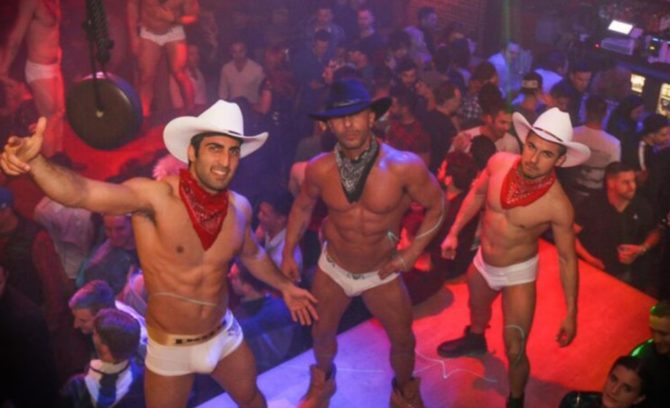 The 33-year-old performer came up writing pop songs for the likes of Miley Cyrus, but these days she’s living her country jam fantasy.

And recently that fantasy involved an impromptu performance atop the bar of New York City cowboy bar Flaming Saddles.

People reports that shortly after stepping inside the Hell’s Kitchen gay cowboy depot, staff recognized the Grammy nominee and invited her to saddle up to the top of the bar, which also regularly serves as a stage for shows.

Mic in hand, she sang along to her Jolene-inspired single “Diane” (see what she did there?).

There was hooting; there was hollering. “Best night of my life,” she wrote on her Instagram story.

Afterward, Cam graciously posed for photos with bartenders and worked the crowd. 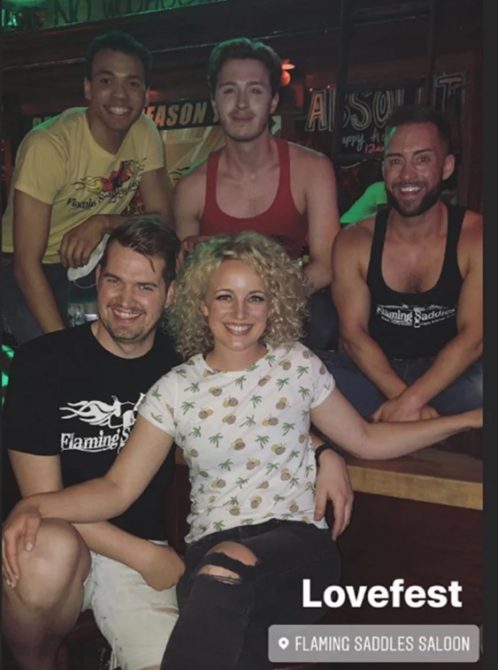 “Dancing on a bar with gay cowboys to Diane. I felt like the Cinderella of Flaming Saddles,” Cam also wrote on Instagram.

Dancing on a bar with gay cowboys to Diane. I felt like the Cinderella of Flaming Saddles ??Go watch my stories. ? @paulalexhogue

In June Cam will perform at GLAAD’s 2018 Concert for Love & Acceptance, hosted by CMT personality Cody Alan and out singer-songwriter Ty Herndon.