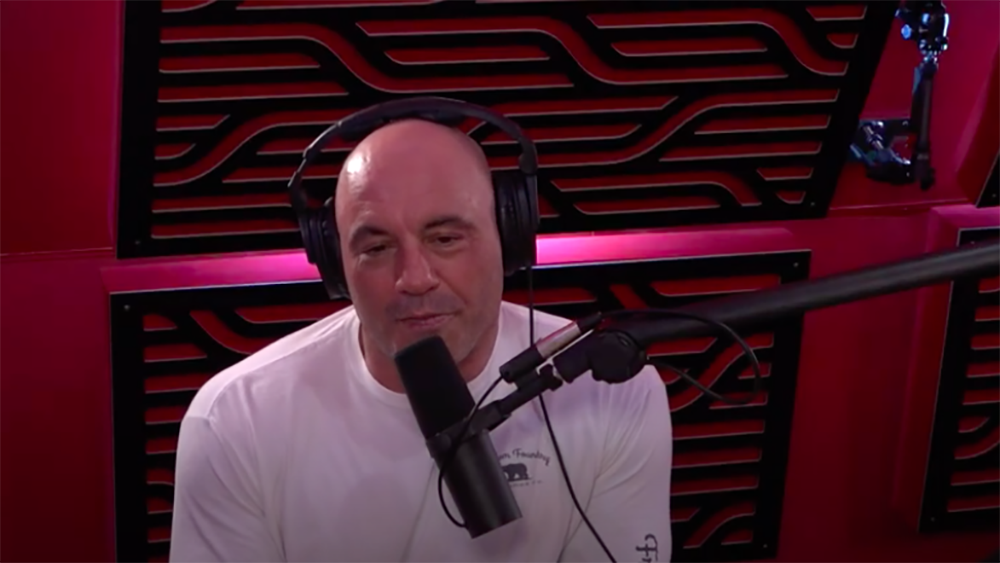 Even though nobody asked, Joe Rogan has shared his thoughts on Florida’s controversial “Don’t Say Gay” bill. The host of The Joe Rogan Experience offered his support to the bill, saying “teachers are not supposed to be the people that explain gender to a f*cking 7- year-old.”

Rogan segued into a rant over the bill on the Friday (March 25) edition of his show. Guest Ali Siddiq, a stand-up comic, brought up the recent controversy about Rogan’s use of the “n-word.” Musician India Arie shared a montage of Rogan using the word on social media which fueled a wide backlash against him. Rogan claimed his words had been taken out of context, likening his use of the word to Florida bill HB 1557.

HB 1557, which has passed both houses of the Florida legislature, would prohibit discussion of sexual orientation or gender in schools from kindergarten to grade 3. It also contains a provision that would allow parents of students to sue if they believe the prohibition has been violated.

Rogan, for his part, says he believes critics of the bill have mischaracterized it.

“But that’s not what the law is,” he continued. “What the law does say is that from first grade to third grade, you can’t bring up gender transition, sexual orientation, whether people are gay or straight. They say don’t teach that in class. That’s it. That’s the law — which seems reasonable. You don’t want an unknown person who’s a teacher, a stranger, talking to your child who’s six about sexual transitioning and gender transitioning and sexual orientation and gay people and bisexual people and non-binary people.

“Like hey, hey, hey, that f*cking kid needs to learn how to read and write and count, and know history, and normal sh*t,” Rogan ranted. “They don’t need to know about trans kids and — that’s not for you teach. That’s not your job. That’s a delicate issue to be handled by parents and loved ones. And so, people are freaking out and they’re calling it the ‘Don’t Say Gay’ bill. But that’s not what the bill is. But if you say ‘don’t say gay,’ people freak out, ‘Oh, Florida’s just so homophobic. And they’re so backwards.’ That’s not what it says.”

Rogan is incorrect when he states that the bill is to prevent the teaching of “gender transition, sexual orientation, whether people are gay or straight.” The way the bill is worded, a teacher who acknowledges being LGBTQ, a student having same-sex parents, or the sexual orientation of queer public figures would likely violate the law.

Rogan also seems to overlook the obvious: that teachers and other educational faculty mention sexual orientation all the time in the context of heteronormativity: acknowledging straight married couples including parents of students, spouses of teachers, etc.

This morning, March 28, Florida Gov. Ron DeSantis signed the bill into law. Florida has experienced wide criticism for the bill, which legal scholars have warned could violate the First Amendment.

Of course, this isn’t the first time Rogan has waded into a minefield either. The podcast host has also invited wide condemnation for his dissemination of COVID-19 related conspiracy theories and his aforementioned use of the “n-word.” Spotify, the streaming service that hosts The Joe Rogan Experience has also seen a number of musicians and podcasters--among them, Joni Mitchell, India Arie, Mary L. Trump and Neil Young–remove their music and podcasts from the service in protest of Spotify’s continued support of Rogan.