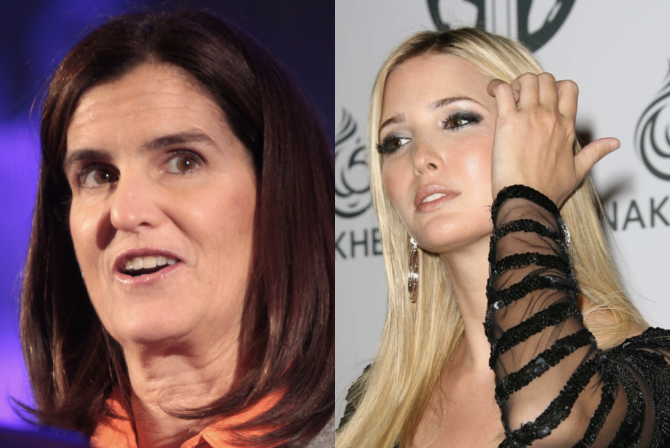 Chris Christie has some tea to spill about the Trumps in his new book.

In Republican Rescue, out next week, the former Governor of New Jersey details two super weird/borderline creepy phone calls that happened between himself and Jared Kushner, and his wife, Mary Pat, and Ivanka Trump when he was considering being Donald Trump‘s chief of staff in 2018.

The calls happened shortly after Christie was offered the role. He was still on the fence about it… until the Kushners dialed him up.

“If I had any doubts about my decision, at that moment they entirely disappeared,” he writes.

Prior to being Governor of New Jersey, Christie worked as a federal prosecutor. During that time, he sent Jared Kushner’s father, Charles Kushner, to prison for tax fraud, which resulted in “long-standing beef” between him and the Kushner family.

During his meeting with Trump about the chief of staff role, Christie said he probably shouldn’t manage Jared or Ivanka because that would obviously be very, very uncomfortable. Trump agreed. The next day, he got a call from Jared out of the blue.

According to Christie, Jared said he was “fine” with Christie being Trump’s chief of staff, adding, “I’ll be fully supportive of you.” Meanwhile, Christie’s wife, Mary Pat, got a similar call from Ivanka.

“I know there have been problems between the governor and my husband’s family in the past,” the then-first daughter allegedly said, “but you have my word, wife to wife, mother to mother, that I will make sure that nothing like that happens if the governor comes here.”

Christie says his Mary Pat was completely “taken aback” by the conversation.

“By that point, I had pretty much decided there was no way I was going to take this job,” Christie writes. “And the high-pressure campaign from the next generation, especially Ivanka’s call to Mary Pat, wasn’t about to convince me otherwise.”

We can’t say we blame him. We’re all for people looking for common ground, but cold calling the spouse of the person who sent your father-in-law to prison probably isn’t going to help much and will likely only create more awkwardness for everyone involved.

At the time, it was reported that Christie withdrew his name from consideration for job due to family reasons, but Christie says he actually turned it down because of those phone calls and because of Trump’s “loose lips” when it came to leaking stories to the press.

He adds that Trump offered him a slew of other high profile positions within his administration, including “Secretary of labor. Secretary of homeland security. Ambassador to the Vatican. Ambassador to Italy. He figured I’d be a good fit at the Vatican since I am Catholic. He thought of me as ambassador to Italy because my mother was Italian. I don’t think the analysis went any deeper than that. Trump didn’t overanalyze choices like these.”

The only job the ex-president didn’t offer was the only one the former federal prosecutor says he would’ve have accepted: Attorney General. Given Christie’s history of prosecuting people with the last name of Kushner, of course, this really isn’t surprising.