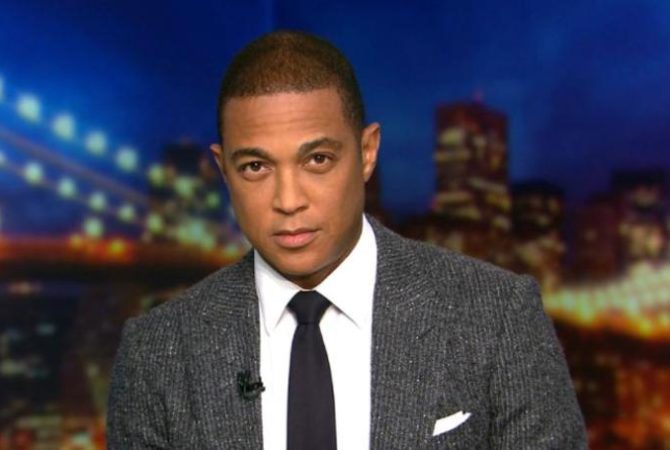 In a broadcast earlier this week, Don Lemon called radicalized white men the “biggest terror threat in this country.”

Said Lemon: “The biggest terror threat in this country is white men, most of them radicalized to the right, and we have to start doing something about them. There is no travel ban on them. There is no ban on–you know, they had the Muslim ban. There is no white guy ban. So what do we do about that?”

CNN's Don Lemon: "We have to stop demonizing people and realize the biggest terror threat in this country is white men, most of them radicalized to the right, and we have to start doing something about them." pic.twitter.com/OFu9fL3eHn

Regardless of how you feel about Lemon’s remarks, whether you agree or disagree, what happened next is truly horrific.

Critics, the majority of whom appear to be white men, have responded in ways that basically prove the CNN anchor right: by hurling all sorts of hate, vitriol, and violent innuendo his way.

The responses have included no shortage of racist and homophobic slurs, including calling Lemon a “f*ggot n*gger”, “f*ck boy”, “house n*gger”, “pig”, “donkey”, “anti-white”, and “bitter fruit,” a reference to Billie Holiday’s 1939 song “Strange Fruit”, which is about lynching African Americans during the height of the Jim Crow era.

Let’s take a look at the responses, shall we?

First, there were the tweets…

@donlemon “the biggest terrorist threat the US is facing is white men.” Maybe the biggest threat is faggot niggers like you. FYI I am neither racist nor homophobic. Just giving you a little of your own rhetoric to remind you how much it hurts and how wrong it is. Grow up!

Don Lemon is in a relationship with a #White #man, so he shares his bed with one of the #terrorists he complains about not being put on a #terrorist watch list. Talk about a #complex #relationship. But hey, I hear that hate sex can be hot ???? pic.twitter.com/ab6S6fnxF2

Don Lemon is a House Nigger.

I am tired of ass wipes like Don Lemon. Can call white men anything they want. SO DON LEMMON YOU ARE A FAG NIGGER

I use to like #DonLemon but he have turned into a I want to say something else but I’ll just go with cry baby. How in the hell are you going to sit on your platforms and say white men are terrorist but married to one???? just how is that working out ???? I give completely up??? Jesus take the wheel PLEASE #Election2018 #KanyeWest #Blexit #CandiceOwens #CharlieKirk #TPUSA #kavanaugh #ZinaBash #JohnMccain #WalkAway #TrumpCampaign #Media #FakeNews #foxandfriends #GOP #StreetPoliticsWithTalessia #Trump #Clintons #MAGA #WhiteHouse #CNN #FoxNews #Republicans #Politics #Twitter #Democrats #Liberals #Conservative

A post shared by Talessia L Martin (@streetpoliticswithtalessia) on Oct 31, 2018 at 8:56am PDT

The CIA-News-Network provocateur extraordinaire, Don Lemon was peddling the deep state race division agenda when he made the idiotic and patently hypocritical comment, "We have to stop demonizing people and realize the biggest terror threat in this country is white men." This statement is meant to be outrageous and asinine as it perpetuates the hegalian dialectic. Division, division, division! This shit only works on a radicalized base of morons! #donlemon #fakenews #MAGA #markdice @markdice

#cnn getting away with inciting hate and racism while projecting, again… #unbearables #leftism #donlemon #hate #racist