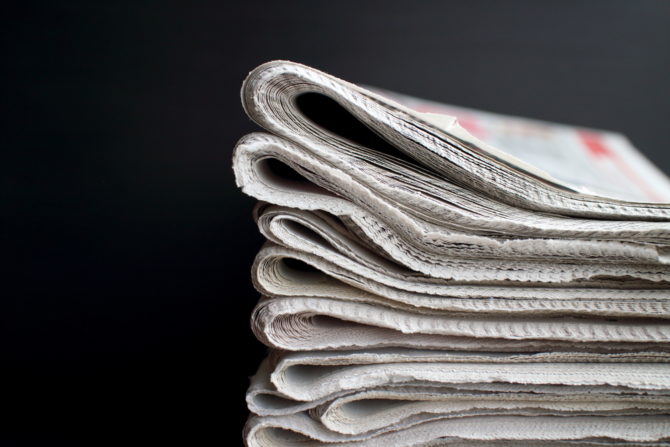 A section of an Australian newspaper’s website devoted to the gender spectrum — sounds like a step in the right direction, yeah? Well, check out some of the headlines recently included in the rollup:

Understandably, the online section has sparked a firestorm of backlash since editor Bernard Lane announced it on August 8. “The Australian newspaper’s obsession with humiliating trans people is disgraceful,” Equality Australia said in a tweet. “The rights and existence of trans people is not up for debate.”

Joan A. Westenberg, a trans creative director who has written for the San Francisco Chronicle, also called out the News Corp-owned newspaper’s new section. “Bernard, when the trans teens that I talk to every day come to me and ask why people are angry at them, threaten them with homelessness and abuse them, this is the kind of content that instigates it,” she tweeted. “I’m too disappointed and sad about this to be angry. Because I’m tired.”

Nevertheless, she persisted. “I need you and your colleagues to understand how much it hurts people like us when this kind of thing happens,” Westenberg added. “And I need you to understand that if you don’t take ownership of a responsible public conversation, you implicitly take ownership of the negative repercussions. People are going to struggle because of editorial choices that, far from being in the public interest, are harmful and antisocial.”

We’ve included more Twitter reactions to the section below. Don your protective gear — serious burns ahead.

did you guys somehow run out of racial minorities to vilify

The article is behind a paywall and I refuse to send 1 red cent to Murdoch in order to read a transphobic diatribe.

Words cannot begin to describe how appalling I find this. Not unlike the Australian’s despicable campaign against the great Safe Schools campaign.

Adding to our society’s human misery. If you had ANY idea about the effect of hate speech…???…but perhaps you actually do, and you just don’t care. Vile

You’ve created a forum specifically to attack trans people. The vile hate you call opinion pieces now given an entire individual platform for discrimination. You deserve nothing but hate for this pathetic fear-mongering outdated bigotry.

Feel free to spend the time developing some skills of empathy and a sense of personal responsibility, Bernard.