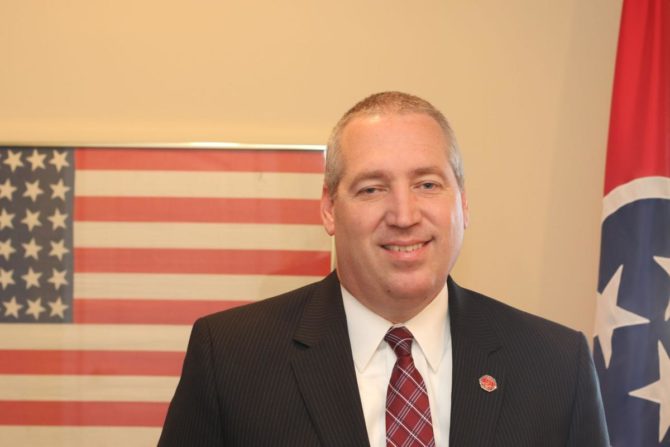 Craig Northcott is the District Attorney for Coffee County, Tennessee. He’s also a raging homophobe who was just cleared by the Board of Professional Responsibility after a two year ethics investigation into some truly vile remarks he made about gay people.

The self-proclaimed “good Christian man” first made headlines a couple of years ago when he said he didn’t believe domestic violence laws should apply to LGBTQ people.

More specifically, he said domestic violence laws exist “to recognize and protect the sanctity of marriage” but with same-sex couples “there’s no marriage to protect, so I don’t prosecute them as domestics.”

The remarks sparked a huge backlash, resulting in 330 lawyers sending a letter to the Tennessee Board of Professional Responsibility calling for Northcott’s law license to be suspended.

But after a two year investigation, the disciplinary counsel for the Board of Professional Responsibility have determined that his comments about LGBTQ people are totally fine and they’re not going to do anything about it.

In a statement issued Friday, Northcott gleefully said that “there is no legal and/or factual basis to find that I violated a single Rule of Professional Conduct” and called the whole investigation an “attack” against his Christian beliefs.

God is good and provides all that you need at the time He knows you need it. I promised many people to update them on…

“It was alleged that I am unfit to serve as District Attorney and to remain an attorney in Tennessee because I taught the Word of God regarding homosexuality,” Northcott wrote.

“Amazingly, this simple exercising of my God-given, constitutionally protected rights so upset certain groups of people that I made local, national, and international news and had to fight their efforts to have me disbarred for the last two years.”

Northcott went on to urge his “Christian brethren” to “stand firm” against “the growing assault against us in this Country.”

UPDATE: D.A. Craig Northcott, who refuses to recognize marriage equality despite the SCOTUS ruling and called Muslims “evil”, had the Board of Professional Responsibility complaint against him dismissed, credits God for it.

Why did this take so long? And not even a censure? ? pic.twitter.com/wW6VXLcfoz