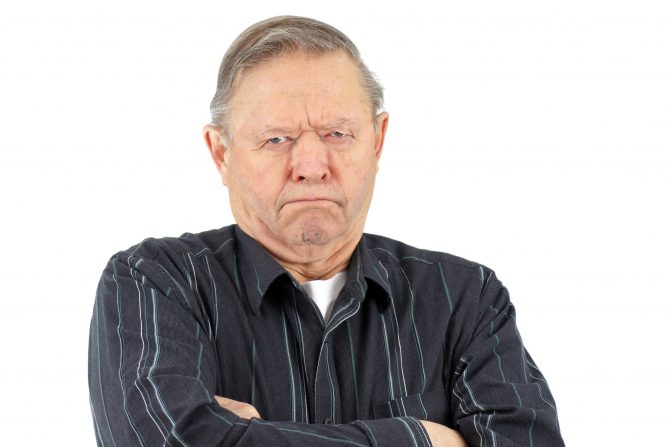 Learning to accept an LGBTQ family member can still be a process for many people, but one dad would be wise to speed up his timeline if he wants to keep his family.

Writing into the popular advice column Dear Abby, “Supportive Mom in New York” opens up about her less-than-supportive husband who’s been acting like a toddler in a temper tantrum ever since their son, “Greg,” came out.

“My husband can’t accept it and refuses to meet Greg’s boyfriend,” she writes. “Our other son is getting married (to a girl), and Greg will be bringing his boyfriend. My husband says he won’t come to the wedding because our son’s boyfriend will be there. He says it would ‘make a mockery’ of the wedding. He has not told them yet.”

And here’s the real kicker… Supportive Mom has laid out the stakes for her spouse, telling him “this will destroy our family and marriage.” His response? “He said he doesn’t care!”

“He finally admitted he just doesn’t want to see Greg’s boyfriend,” she adds. “I told him he doesn’t have to talk to him, but no argument works. I know our children will never speak to him again. I cannot stay married to him if he does this. I have no idea what to do.”

It sounds to us like she’s done a good job trying to convey the implications of her husband’s immature behavior, but Abby recommends laying it all out in crystal clear detail for him one last time.

Related: When Your Gay Friends Give You Terrible Advice

“Tell your husband, as calmly as possible, that the wedding isn’t the only milestone in his sons’ lives he will miss unless he has an attitude adjustment. Skipping the wedding will be just the beginning of his isolation because he will be absent from other important family milestones — celebrations, christenings, birthdays, sporting events, recitals and graduations.”

And “if that doesn’t wake him up,” she adds, “nothing will.”

She stops short of advocating divorcing the Neanderthal, recommending a marriage counselor instead. But we certainly wouldn’t take that option off the table.