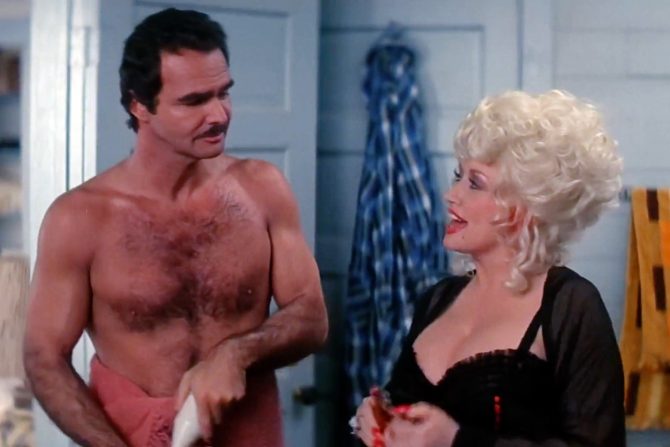 The Not as Scandalous as it Sounds: Best Little Whorehouse in Texas.

What’s better than Dolly Parton crooning out some of her biggest hits? Try Dolly belting them out as a madam at a whorehouse.

The Best Little Whorehouse in Texas still ranks as one of the oddest musicals ever, courtesy of its wacky plot about an affair between Parton’s madam and the local sheriff, played by Burt Reynolds. Things run afoul when a camera crew thrusts Parton’s “chicken ranch” into the public eye, even as a college football team rushes to take advantage of its services. As it were.

Whorehouse is far from a perfect film, though it is a very fun one thanks to Parton’s music and sincere performance. The real scene-stealer though is Charles Durning, in an energized, Oscar-nominated performance as the Governor of Texas, a slimy, manipulative politician that wants to take advantage of the publicity surrounding the chicken ranch. Add to that a locker room musical number, complete with naked football players dancing, and you’ve got one heck of a way to spend an evening.