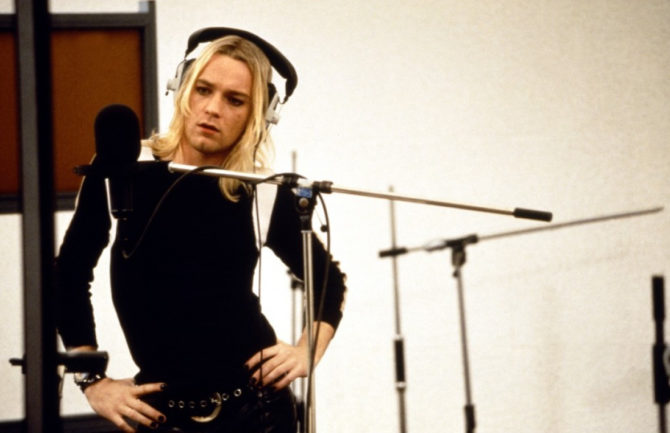 Gay lion of cinema Todd Haynes made an overlooked masterpiece with Velvet Goldmine, and also happened to catch a few then-unknown actors on their way to megastardom. Christian Bale, Ewan McGregor, Toni Collette, Jonathan Rhys-Meyers and Eddie Izzard star in a fictionalized account of the rise of David Bowie and homoerotic, gender-bending rock. Bale plays a journalist investigating the rise and fall of Bowie analogue Brian Slade (Rhys-Meyers) by investigating his ex-wife (Collette) and ex-boyfriend (McGregor). Featuring a soundtrack with tunes by Lou Reed, Placebo and original music by Thom Yorke of Radiohead, Velvet Goldmine doesn’t just channel the glam rock of the 1970s; it adds to the canon. The entire cast gives great performances all around (another Haynes hallmark), and the scenes of gay sex, while graphic for 1998, never feel gratuitous. Flashy, innovative and extremely personal to Haynes, Velvet Goldmine makes for terrific quarantine evening viewing, especially when played at maximum volume.