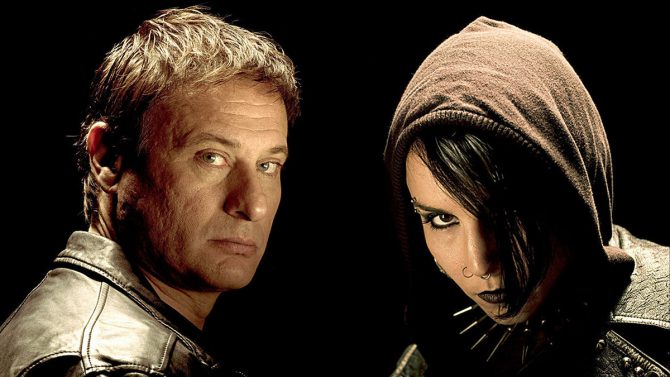 The White Knuckle: The Girl with the Dragon Tattoo

No, not the bloated American David Fincher-directed remake. The real The Girl With the Dragon Tattoo came out in 2009, produced in Sweden, where the novel is set, and where author Steig Larson spent his life. Noomi Rapace stars as Lisbeth Salander, a bisexual tech genius who crosses paths with the journalist Mikael Blomkvist (Michael Nyqvist). The pair stumble onto a decades-old child abduction with connections to a reclusive millionaire, Nazis and a serial killer. Thus begins a mystery-thriller as the pair attempt to track the missing girl and wander into the killer’s web.

So how is this version better than the American version? First, everything feels real. The movie doesn’t use special effects to create snowy landscapes or menacing forests. It uses real locations that add verisimilitude to what happens on screen. Second, Noomi Rapace gives one of the best performances of the decade as the wild Lisbeth, conveying all the pain, intelligence, lust, and obsession of the woman. Third, The Girl with the Dragon Tattoo scares the daylights out of us. Understand, this isn’t a movie that relies on monsters jumping out of the bushes yelling “Boo” to make the audience jump. Rather, the film constructs a violent, dangerous world as tormented as its characters.

Most important of all, for our purposes, the movie treats Lisbeth’s bisexuality with a matter-of-fact frankness. This isn’t a woman who hasn’t met the right man, or who sleeps with women to impress men either. She loves women as much as men and celebrates her own queerness, making her exactly the kind of queeroine we want to see in a film. That the film is this good makes us love her all the more.