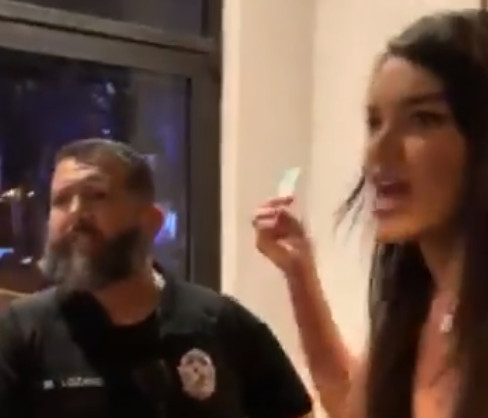 Just days after the story of a transgender woman kicked out of a Dallas gay bar for no reason captured national attention, the bar has announced the firing of the on-duty manager who handled the incident.

JR’s Bar & Grill released a statement on June 6 announcing that the manager on duty that night had been fired for his role in handling the confrontation.

“After reviewing the situation and gathering statements from the parties involved,” the owners said in a statement, “the company has chosen to terminate the employee in question effective immediately. We are against discrimination of any kind, and work diligently with all employees to ensure that our bar is a welcoming space for everyone to celebrate. We respect and value people from all communities and will continue to advocate for diversity and inclusivity.”

The event sparked outrage after a video of the confrontation between Blair Jirousek, the bar manager (identified only as “Carter”) and bar security went viral on social media. It shows Jirousek arguing with bar security, who refused to admit her because her ID listed her as male. In the video, the security guard shoves her several times before Jirousek leaves with her friend filming the incident, Daniel Heredia. Prior to the events shown in the video, Heredia & Jirousek claim that Carter, the manager, had refused to serve them after checking Jirousek’s ID.

This isn’t the first time a JR’s franchise has come under scrutiny for discriminatory practices. Last year, a Washington, DC location garnered attention after leaked emails showed the manager demanding a black model on bar flyers be replaced with a white man.