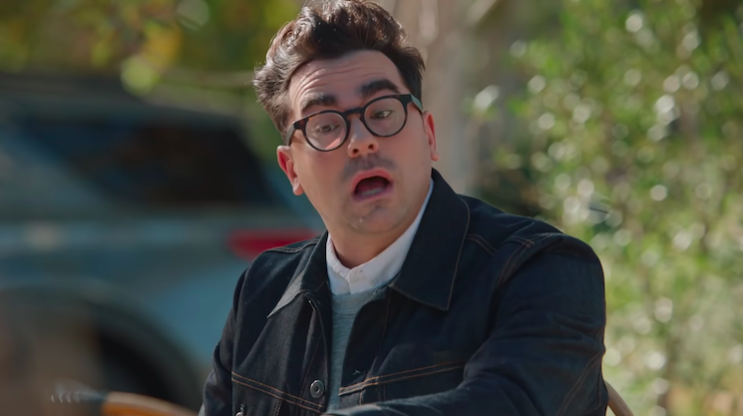 We’ve all had to do more with less this past year.

The record-breaking cost of Super Bowl ads actually went down and while the 2020 game featured a long list of LGBTQ stars, this year we’ve found just a few to cheer us up.

“Schitt’s Creek” and “Happiest Season” fans hankering for more of Dan Levy will get another taste during his cameo in an M&M spot.

Sitting at a café outdoors with two life-sized M&Ms, he tells them, “I promise I will not eat any more of your friends.” Unconvinced, with arms crossed, the green one says, “Really?” In the background, a red M&M is locked in the back of his car, pounding on the window for escape. “Okay, it might happen one more time,” Levy acknowledges.

Meanwhile, returning for his second Super Bowl in a row is queer pop/rap star Lil Nas X. Last year he promoted his hit song “Old Town Road” for Frito Lay’s Cool Ranch Doritos but this year he stars in Logitech’s first Super Bowl ad. It features his forthcoming (much teased) song “Montereo (Call Me By Your Name)” – a reference to the 2017 gay movie.

Sporting blue hair and a matching jacket, the rapper says, “We stand here in defiance. We the makers, we the groundbreakers. We the creators, the screamers, the dreamers…We defy what logic says what we should look like, sound like, be like.”

He also reappears in his snazzy pink cowboy outfit from last year.

Rounding out the list of ads to look out for, Uber Eats brings together SNL 1990s alumni Mike Myers and Dana Carvey for a “Wayne’s World” reunion that encourages support of local restaurants. The pair do a TikTok clothes-swapping challenge with rap star Cardi B’s green feather dress that momentarily gives them better outfits. 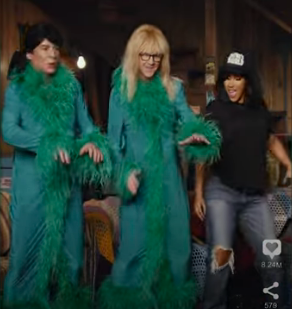 Uber Eats is in the Super Bowl for the first time as well, but has also been running a campaign featuring “Queer Eye” star Jonathan Van Ness in a comedic series with Olympian Simone Biles.

To make up for the  dearth of queer advertising this year, here are five of our favorite Super Bowl from yesteryear: