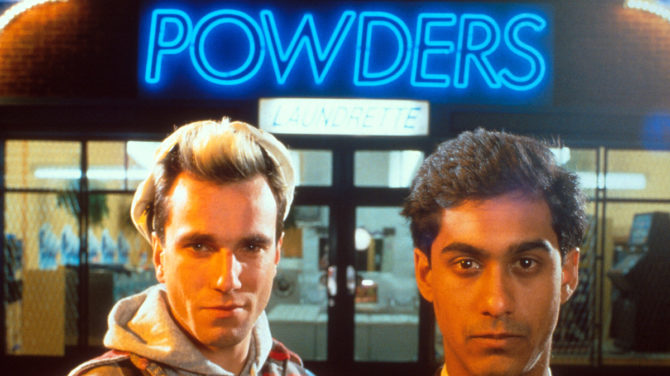 Three-time Oscar winner Daniel Day-Lewis announced his retirement from acting, and he will be missed like few working actors today.

Day-Lewis developed a reputation as something of an eccentric. Having taken up a series of varied roles that included turns in Last of the Mohicans and Room with a View, Day-Lewis took home a Best Actor Academy Award for his work in My Left Foot, playing paraplegic poet Christy Brown. He’d already retired once, in the 1990s following his first Oscar win. Only after a five-year hiatus working as a cobbler in Italy, according to reports, did he return to the screen in Martin Scorsese’s Gangs of New York. He went on to snag Oscars again for riveting turns in There Will Be Blood and Lincoln.

In our world, Day-Lewis will be remembered for his remarkable work in  a little seen classic, the groundbreaking queer film My Beautiful Launderette. The movie hit screens back in 1985, causing a stir thanks to Day-Lewis’ acclaimed performance. It also raised eyebrows for its subject matter: an interracial, gay relationship in London, set in the Pakistani community, a theme that resonates even more deeply today. 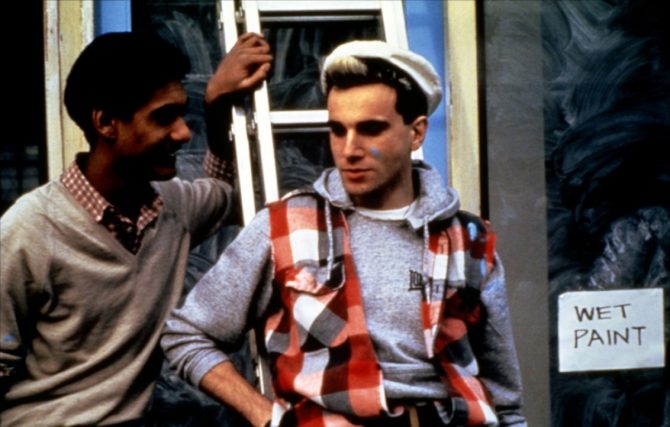 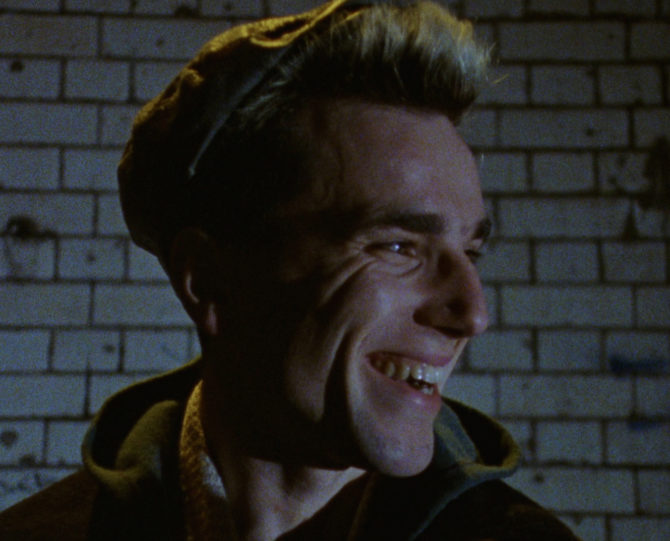 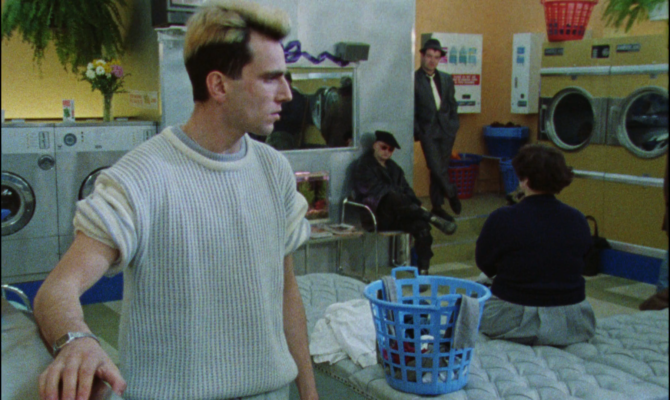 In the film, Day-Lewis plays Johnny, a London gang member, and sometime boyfriend to Omar (Gordon Warnecke), a Pakistani immigrant. Omar runs his family’s launderette (here in the US we call them laundromats), and ends up recruiting Johnny from his immigrant-bashing gang. The two resume their love affair, but amid the ultraconservative atmosphere of the Thatcher government and Omar’s family, the two must keep their relationship a secret.

As directed by Stephen Frears (The Queen, Florence Foster Jenkins), My Beautiful Launderette avoids the cliché’s of other queer films of the time. For that matter, it also eschews the conventions of other dramas, blending quirky comedy and a sweet love story with the darkness of racism, homophobia and xenophobia. Today, its observations about immigration—particular from Muslim-majority countries—remain as valid as they did more than 30 years ago. At a time when many actors would reject gay roles to avoid typecasting or damage to their careers, Day-Lewis not only took one–it helped launch his international stardom.

As queer folk, though, we’ll always love Day-Lewis for bringing such a sweet, interesting character to life at a time when few actors would dare. His adorable, sexy style with 80s-style blond highlights (and frequent shirtlessness) certainly didn’t hurt. My Beautiful Launderette remains a little-seen gem of queer film, despite being directed by a visionary heterosexual filmmaker. Queer audiences and fans of Day-Lewis should track down the film to see a lion of acting in his early career, and to see a delightful, gay love story about two unconventional characters.

My Beautiful Laundrette is available for streaming on Amazon and iTunes.

Check out more images and the trailer below: 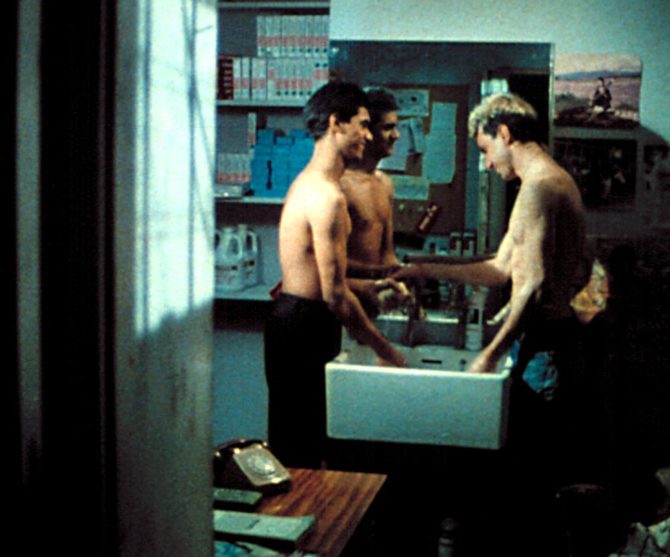 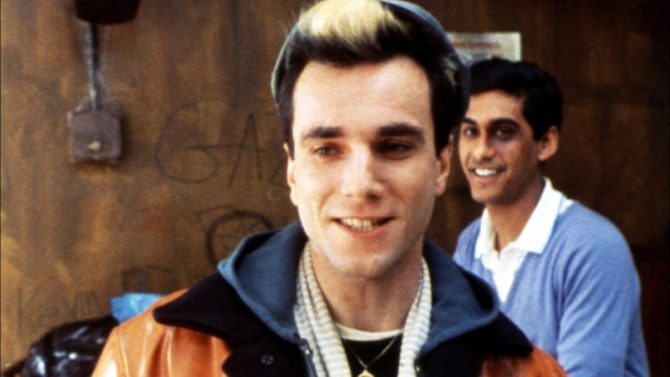 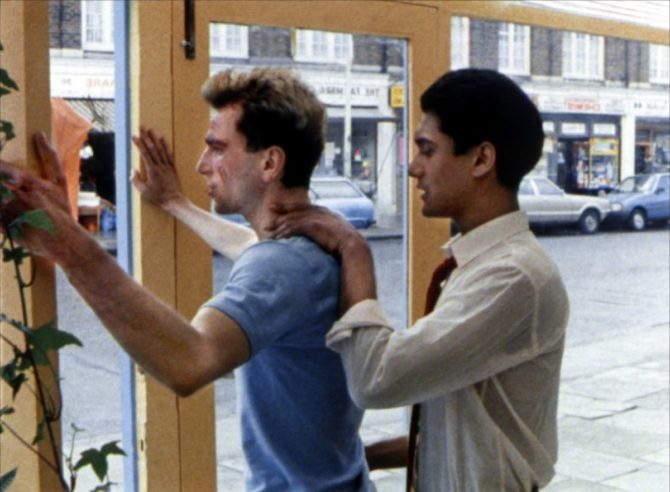