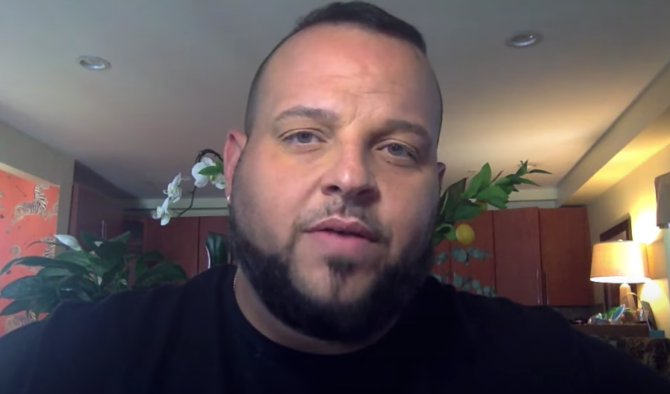 Actor Daniel Franzese has accused Walsh University of homophobia after he says he was fired for being gay. The Mean Girls star says the Catholic, Ohio-based school abruptly canceled a planned gig only after the Vatican spoke out against its clergy blessing same-sex unions.

“I come to you still reeling from the horrific terrorist attack that killed eight Asian women in Georgia which has inspired me to share this experience because I truly believe that it is the microaggressions and injustices against minorities that cause hate crimes like Pulse Orlando and the horrific events of the other day,” he said at the beginning of a YouTube video he titled: I was fired today for being gay.

Related: Former priest explains why the Bible does NOT condemn same-sex unions

As Franzese tells it, he was initially approached by reps from the University and asked to host and emcee their upcoming Mr. Walsh Pageant. In the video, Franzese emphasizes this — he was approached by the university, not the other way around. He says the contract details were finalized by February 18.

Then, one day after the Vatican announced its stance on blessing same-sex unions, the school backed out of the contract.

“‘I’m following up via email from my conversation with Gary,’ that’s my manager,” Franzese said, quoting an email he says came from the school’s director of student activities. “Regarding how the institution has decided to no longer approve the contract for Daniel. I am incredibly disappointed and sincerely apologetic, for this is, I know, unprofessional and clearly based on personal beliefs of the the higher administration. Please give Danny my sincerest apologies.'”

Related: The Catholic Church is trending and you know that can’t be good for the gays

“I realize that I’m privileged and that I have this audience of followers that I could share this experience with, ” Franzese added. “But what I started thinking about was what if this was a teacher or a student or a doctor or a patient, or a cook at the Welsh commissary, or someone enjoying food in the Welsh restaurant? When does it end? This is a sad example of how tax-exempt institutions are using their own beliefs and the unfair Religious Freedom Protection Act, the RFPA. And it can cause a ripple effect of discrimination and bigotry to further alienate LGBTQ people and our livelihoods.”

He also added a message directed at the schools LGBTQ students:

“To the LGBTQ students at Welsh, because I know you’re there, I’m so sorry I can’t be there with you. I imagine that you’re feeling frustrated and isolated right now but you must know that God knows everything about you and he loves you just as you are. No Vatican statement can change that, no university action can change that, nothing can separate us from the love of God and Jesus Christ.”

In a statement released Friday, the university unsurprisingly denied the claims:

“Mr. Daniel Franzese has neither been employed nor under contract for any services in any form at any time with Walsh University. The email cited by Mr. Franzese from Director of Student Activities and Leadership reflects her personal views.”