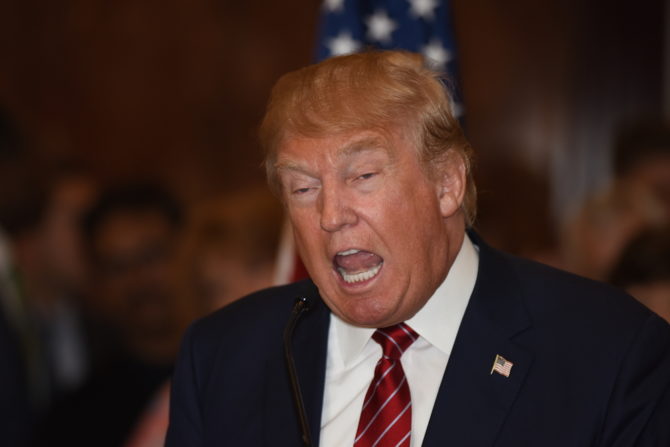 Donald Trump‘s initial reaction to the violence in Charlottesville will no doubt be one of the defining moments of his presidency. And while he attempted to assuage his critics Monday by finally condemning the Ku Klux Klan, neo-Nazis and white supremacists, Trump simply cannot help but continue to flash his true colors.

Just hours after that speech in which he robotically read from a teleprompter that “racism is evil,” he made it clear to his supporters that he did so begrudgingly, tweeting:

Made additional remarks on Charlottesville and realize once again that the #Fake News Media will never be satisfied…truly bad people!

But the president didn’t stop there.

And still, the most powerful man in the world wasn’t done throwing a tantrum.

He followed up a few hours later by tweeting — then promptly deleting — a cartoon depicting a train plowing into a person with the CNN logo over their head. The account he retweeted from has previously, and repeatedly, shared racist memes, anti-Semitism and links to articles written by former Ku Klux Klan “Grand Wizard” David Duke.

An MSNBC producer preserved Trump’s retweet before he could delete it:

Trump RT'd this pic showing a CNN journalist hit by a train days after a white nationalist ran his car into activists, killed Heather Heyer. pic.twitter.com/tWjdoE70AS

If only Trump could use just half the energy he exerts condemning reporters to instead go after violent white supremacist scum. But hey, he’ll need them for that 2020 run considering his approval rating continues to find historic new lows.

Some Republicans are finally getting the message and condemning Trump’s behavior. It’s time the rest of them to hop on board, because the “Trump train” is headed right off a cliff.