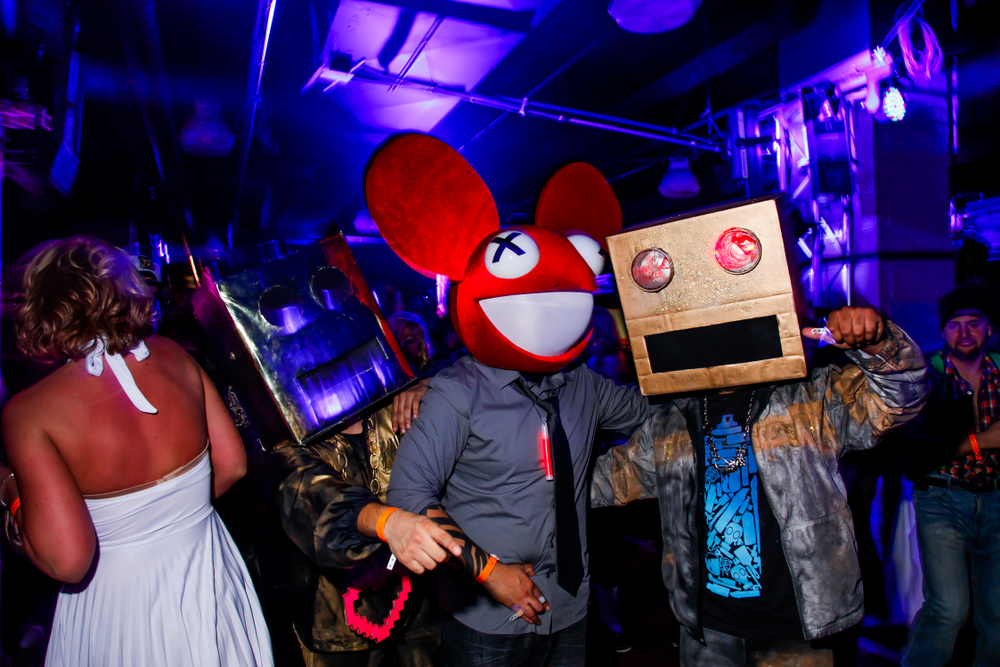 Canadian DJ Deadmau5 (birth name Joel Zimmerman) has apologized for his homophobic rant on the live video game streaming platform Twitch from which he was banned for calling another played a “f*cking c*ck-sucking stream sniper f*g.”

When the 38-year-old EDM artist was initially banned from the platform, he issued a self-defensive rationalization. In it, he called his comment “generally toxic as f*ck,” but blamed others for publicizing his comments, “proving once again, the online clickbait world is a piece of f*cking sh*t on a good day,” he wrote.

Now he admits, “I know what I said was wrong, and my hastily composed non-apology was an insult to injury. I realize that trying to somewhat dismiss it as ‘gamer culture’ was even worse. I don’t know why I did that. But I do know it was stupid and insensitive and I feel even more ashamed. This was my worst moment.”

As for Twitch, they had every right to ban me for that, it was clearly in violation of their terms, even if it wasn’t … it was all around an incredibly irresponsible and insensitive thing to say nonetheless. Especially for someone who has a reach. What I said was incredibly stupid, and I don’t actually hold those beliefs, at all. I let some gamer get the best of me, and in that moment I completely lost control. And me lashing back with some knee-jerk post about how it may have seemed unjustified… was completely unfair to Twitch and its viewers. So I apologize for that as well.

As for my fans, family and friends, and everyone else in my life that I’ve disappointed once again, I’m sorry. I feel like I’m trying to become a better person, but that’s a long and difficult road at times and sometimes… well sometimes I just fuck up. I do mean well. And I’m at least man enough to know when I’ve fucked up. And I’ve fucked up.

Apologies once again to everyone I’ve disappointed. I would love nothing more than to finally be at peace with myself and be the best human being I can be, trust me. Being “mr. I don’t give a fu*k” is not someone I ever aspired to be.

So I’ll keep things even more quiet until I can learn to be the person.

Going to focus on cubes and music.

In his initial non-apology, he had justified his use of the antigay slur by writing that his statement “was intended to insult a f*ckin asshat who was being a f*cking asshat… it wasn’t ‘directed at an entire group of people who have a sexual orientation that differs from my own’ f*ck off with that sh*t. I know who I am, and I don’t have to f*cking sit here and cry and defend my f*cking self with the obligatory ‘I’M NOT THAT PERSON, I AM SORRY’ reflex.”

Related: Alec Baldwin back to his old ways, bashing gay men and generally being a toxic male

Deadmau5 apparently resorts to homophobia when he’s angry. In October 2018, he told a Twitter user, “I’ll bet you suck a guy off for 40 grand ZERO f*cking questions asked.” When another user called out his homophobia, he needlessly added, “Women don’t possess penises.”

i wasnt trying to make blatant transphobic statements, just got into a heated arguement with some dude online said something dumb and the internet took it way into somewhere unintended. I've since deleted the tweets, im not that kind of person. my apologies. https://t.co/eUJtjgmYAY