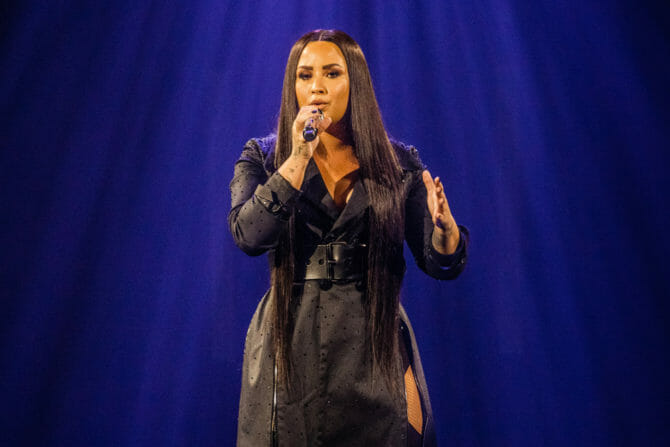 Singer Demi Lovato has reportedly been rushed to the hospital after what is suspected to have been a heroin overdose.

Lovato, 25, was at her home in the Hollywood Hills when the event took place.

The Los Angeles Fire Department has confirmed to Page Six that it received a call to its emergency center at 11:22 a.m. on Tuesday, and was on the scene shortly thereafter.

LAPD has also confirmed officers were dispatched to the area at 11:40 a.m. local time.

Lovato has been open about her battle with alcohol and drug abuse.

Just last month, she released a song called “Sober” in which she stated that she’d relapsed after six years of being sober.

The lyrics read in part:

“And I’m sorry for the fans I lost / Who watched me fall again / I want to be a role model, but I’m only human”

She is currently slated to perform as part of an ongoing tour.

Colleagues and friends have already taken to social media to wish her well:

I love @DDLovato so much. It breaks my heart that she is going through this. She is a light in this world, and I am sending my love to her and her family.

My friend @ddlovato is one of the kindest, most talented people I’ve ever met. Praying for her right now, addiction is a terrifying disease. There is no one more honest or brave than this woman.

Poor beautiful spirit @ddlovato I hope she’s ok, and that she makes a full recovery soon.

This story is developing and we will update this post if new information becomes public.