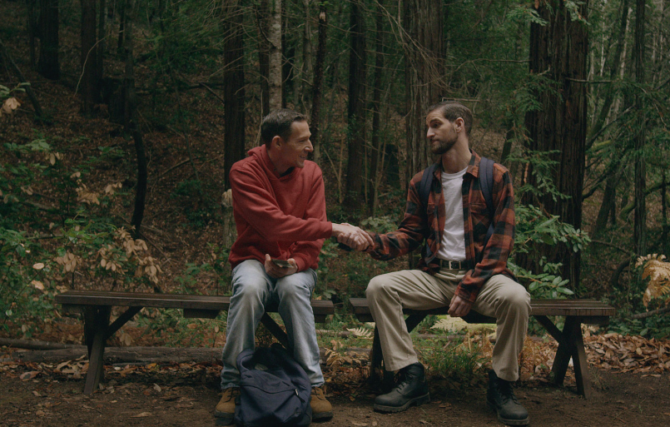 Cruising is not without its risks. Sure, there’s that sudden rush of adrenaline rush and, of course, the orgasm, but there’s also the threat of being caught, catching an STD, or getting injured.

Indie thriller Devil’s Path follows two strangers who meet in a remote cruising area and quickly find themselves in a nightmare game of cat and mouse as they’re pursued by two crazed hikers. Think Deliverance meets Last House on the Left with a gay spin.

Taking place in 1992 during the era of grunge and outdoor gay cruising, the movie follows two strangers who meet while hiking a once-popular area for gay men known as Devil’s Path. Two hikers have gone missing recently and with no leads or bodies, the area is now considered high risk and mostly closed off. The two strangers, Noah and Patrick, are suddenly forced off the main trail after a confrontation with some suspicious hikers and soon find themselves running for their lives with nowhere to hide but in the trees.

The thriller is the directorial debut of Matthew Montgomery, and is co-written by Stephen Twardokus, and produced by Steve Callahan and Jon Gale. 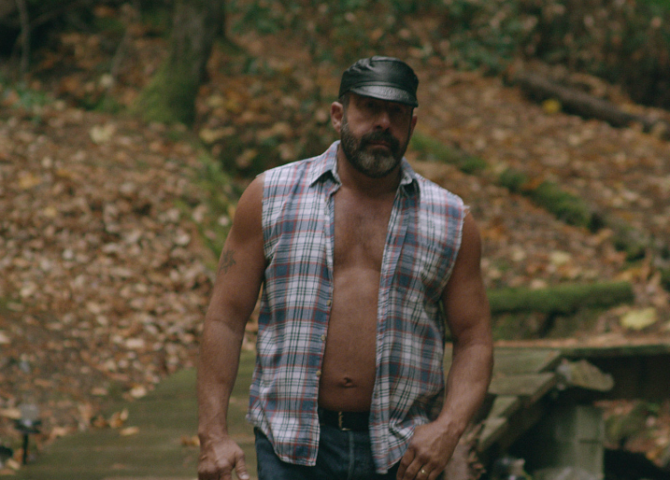 After making its rounds on the festival circuit, Devil’s Path was just acquired by film distributor Breaking Glass Pictures, which specializes in queer indie films and horror flicks.

“Montgomery has crafted a clever, taut, thriller that has an incredible amount of twists, yet never loses its terrifying grip on its audience,” Richard Ross, co-president of Breaking Glass Pictures says. “Devil’s Path is a perfect hybrid for both the LGBTQ and genre audience, and an excellent addition to our catalog.”