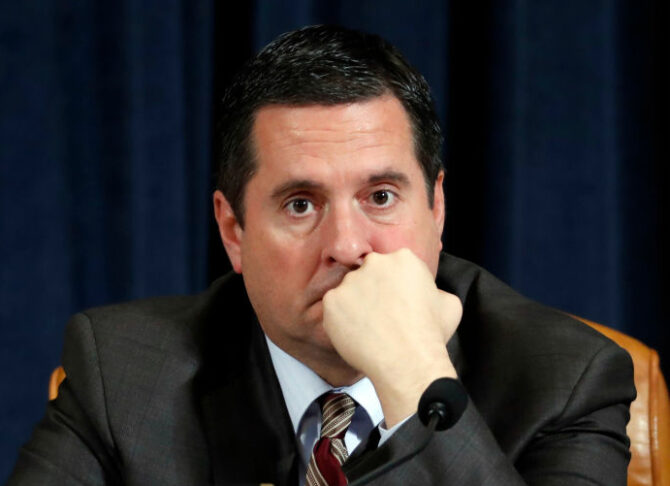 Former dairy farmer/ex-congressman Devin Nunes is currently being dragged on Twitter after a new report found that Donald Trump‘s new Truth Social app, which Nunes was hired to oversee, is a complete and utter disaster.

According to Sensor Tower, the ring-wing Twitter knockoff has seen a 93% drop in new signups plus a similarly sharp decline in traffic after going live on President’s Day last month.

Downloads have plummeted by more than 800,000 since its launch just a few weeks ago, with installs on the Apple app store dropping to barely 60,000 per week.

On top of that, weekly visits by people who already have the app have fallen to 1.9 million, from a high of 6 million when it first launched.

Nunes, who hates LGBTQ people and once tried to sue a fictional cow, quit Congress to be CEO of Trump Media and Technology Group. Under his leadership, however, the rollout of Truth Social has been abysmal, plagued by a number of technical issues, hacks, and other behind-the-scenes chaos.

While serving in Congress, Nunes voted to ban same-sex marriage and supported an amendment that would have defined marriage as being between “one man and one woman”. He also voted against prohibiting job discrimination based on sexual orientation, supported homophobic “religious freedom” laws, and consistently held a 0% rating with the HRC for his anti-LGBTQ stances.

Now, here’s what folx are saying about him on Twitter…

Nobody except everybody could have predicted that bankrupt loser Donald Trump’s stupid new propaganda outlet, Truth Social, led by internet cow-suing moron Devin Nunes would be an embarrassingly spectacular failure.

The guy you all thought was a savvy entrepreneur hired a CEO who tried to sue a cow.

Devin Nunes mooed Truth Social what it is today.

Devin Nunes: Lost his dignity and a lawsuit to an internet cow, now lost his career to this insane scheme everyone with a functional frontal cortex knew was never going to work.

But they have a nice email list to sell now, so there is that. https://t.co/1uVfOMNggz

Devin Nunes is as good at running Truth Social as he was in suing a fake cow.

Devin Nunes is an udder failure.

Thank you, thank you, thank you to all you gullible people who spent your money on another Trump failure waiting to happen, Truth Social. Getting Devin Nunes out of Congress was worth all your hard-earned
money.

You mean to tell me Devin Nunes resigned from Congress to go run a failed social media flop for Trump
?

Looks like Devin Nunes is going to be milking cows after all. Congratulations ???? pic.twitter.com/suGr4C4JW7