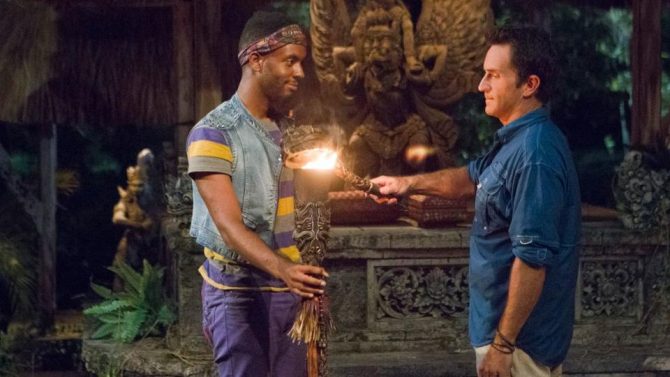 Brice Izyah, the first-ever black, openly gay man to compete on the popular reality show Survivor, has opened up about his frustration with the producers of the show.

In 2014, Izyah lasted eight days on the Survivor: Cagayan, before getting voted off. Now, in an interview with the podcast Rob Has a Podcast, Izyah opens up about getting voted off so early in the season, and about the misconceptions surrounding being gay and African-American.

Of his portrayal on the show, Izyah doesn’t mince words. “They didn’t know what to do with me,” he says. “I know that there’s some LGBTQ representation, but there’s not a person of color. And I think it’s important to recognize that their experiences as a white LGBTQ person are different than what I live through. I would also really love more representation in front of the screen, more diverse stories, not just tropes of what a gay man is.”

Still, Izyah doesn’t harbor anger over his treatment. “I’m not at all bitter,” he admits. “I feel blessed to have been able to play the game—I just want to use my voice now to maybe change the outcome for the next LGBTQ, Black, or female person to play, because I loved the show and I wanted to see the show evolve. I want these players to have a chance.”

Subsequent to his appearance on Survivor, Izayh has joined fellow former castmate J’Tia Taylor in endorsing a petition urging the producers of the series to include more people of color on the show. That includes casting at least 30% of the show with people of color, hiring people of color in all areas of production and banning “those who have promoted prejudices (e.g., ableism, racism, sexism, white supremacy, religious intolerance, homophobia, transphobia).”