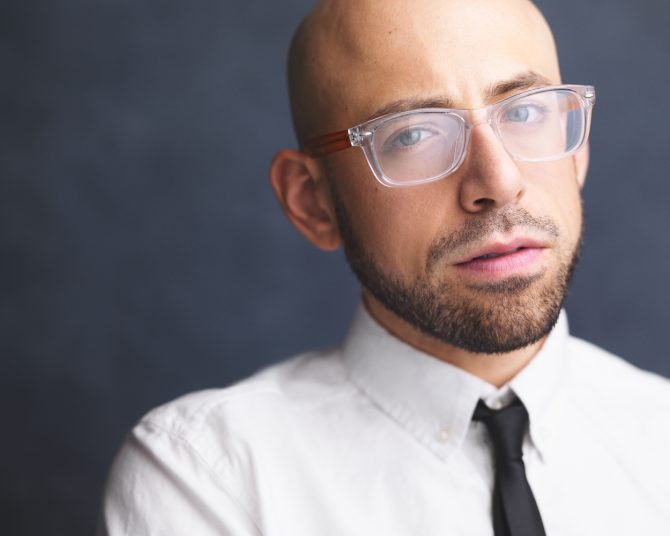 Anthony Michael Lopez is an openly gay, disabled stage and film actor. He was born with a condition that requires he use a prosthetic leg, but he hasn’t let that prevent him from pursuing his passion.

“I’m lucky that I can wear long pants and easily play non-disabled roles,” he says. “While there are certain limitations, I can still serve ferocious choreography.”

The 33-year-old is currently starring in “Vanity Fair” at Shakespeare Theatre Company in Washington, D.C., and he just made his major film debut in movie Mapplethorpe.

There was a time, however, when he wouldn’t have been proud to say that.

“When I was younger, I was self-conscious about coming off ‘too gay’,” he recalls. “But now I realize that fear inhibits my ability to perform and connect with actors, words and feelings.”

“I sometimes have to remind myself not to butch-up. That’s a defense mechanism. As gays it’s kept us safe. But ultimately I’m not OK with not being myself.”

Looking forward, Lopez says his dream would be to play the visibly disabled title character in “Richard the Third.”

“Because I’m disabled, it’s a part that I really interests me,” he says. “Also, I’m beginning to think more about lead roles. As a gay man I never thought I could play Macbeth. But Sir Ian McKellan did it, so why not me?”