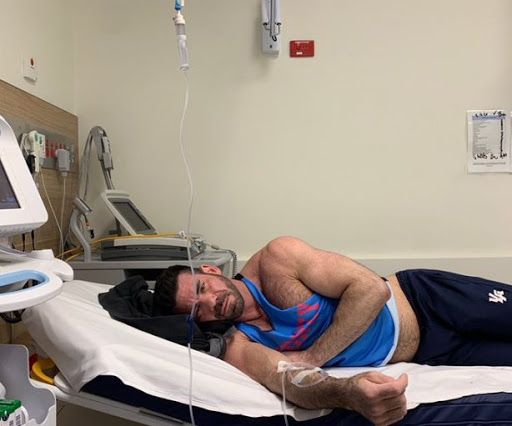 Embattled adult film performer Billy Santoro continues to do himself no favors. Just days after getting evicted from his Sydney, Australia apartment, Santoro has taken to social media to make a wild confession: a reported suicide attempt over the summer was a hoax.

Santoro and his husband, Gage, released news of the purported suicide attempt over the summer. Gage posted photos showing Santoro in a hospital bed on June 2 to Twitter, along with a desperate plea. “Last night the man that I love so dearly attempted suicide based on the hate he received. I please ask you to stop,” Gage wrote. “Stop what you are doing. He has apologized for this on every platform. Yet the attack continues. Stay safe and love each other. Send love pls. #PrayForBilly.” 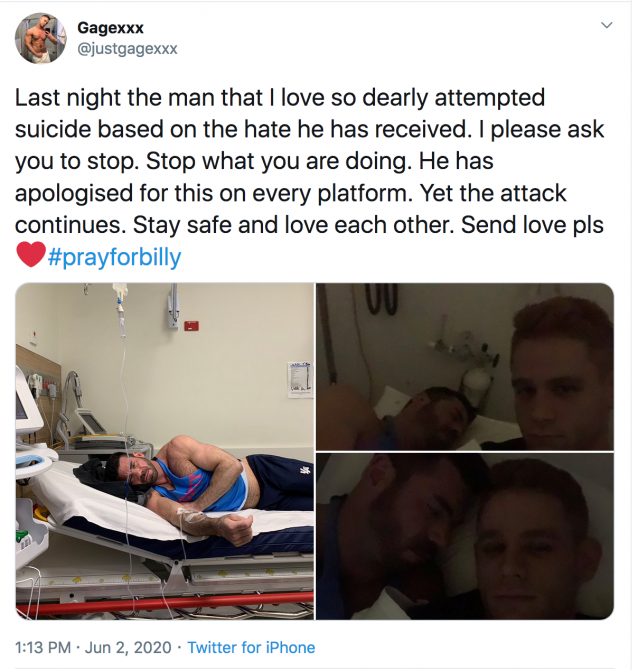 The attack in question refers to Billy Santoro’s criticisms of anti-racist protests in early Summer 2020 following the killing of George Floyd. Santoro endured wide criticism for tweeting  “Lol. America! Lol you let your blacks loot as a way of protest. Wake the f*ck up. Shoot first.” The resulting backlash also saw online platform JustForFans drop Santoro from its site. Santoro later blamed methamphetamine use for his racist diatribes.

Now Billy Santoro has admitted to another sin: faking his suicide attempt to silence his critics. When one Twitter user mentioned the alleged attempt over the weekend, Santoro set the record straight.

Nah. 1) No suicide attempt, it was an ingrown hair removal. 2) meth isn’t the blame. You are. 3. Who the fuck are you lol

We have a feeling his recent confession regarding his non-suicide attempt will do little to redeem his image.