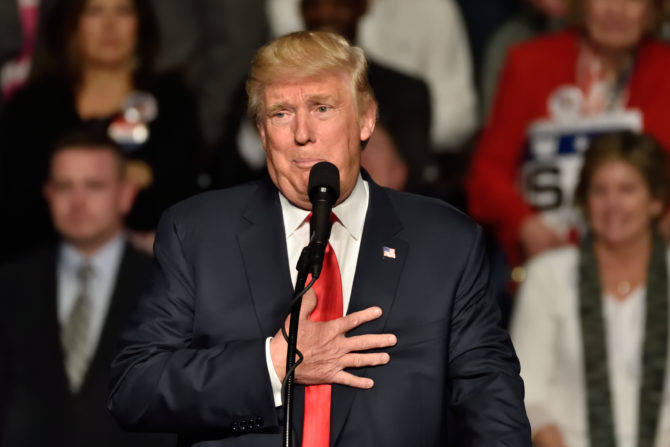 Assuming he isn’t impeached and removed from office in the next few hours or days, Donald Trump only has a week left in office, but on Monday, the State Department’s website announced his term had already ended.

Someone went in and changed the outgoing one-term president’s official bio to say that his “term ended” on January 11, prompting Twitter to go absolutely nuts.

I don’t know what to make of this US State Department website that says Trump’s term ended Jan 11th at 7pm. Anyone??? It’s a legit dot gov site. https://t.co/dwKY1xJVVC

Buzzfeed reports that a “disgruntled staffer” likely went in and made the change to the website’s content management system.

Secretary of State Mike Pompeo has launched an investigation into the matter, which officials say was almost certainly an inside job since the site is on a “closed system” and “nearly impossible to hack.”

After last week’s deadly insurrection on the U.S. Capitol, over 100 career US diplomats signed two unprecedented dissent cables rebuking Trump for his role in the violence.

They also condemned Pompeo for his “failure to issue a statement unequivocally acknowledging that President-Elect Biden won the 2020 election” as well as his weak statement on the civilian uprising.

Related: Eric Trump throws temper tantrum over everyone turning on his family, hangs up on reporter