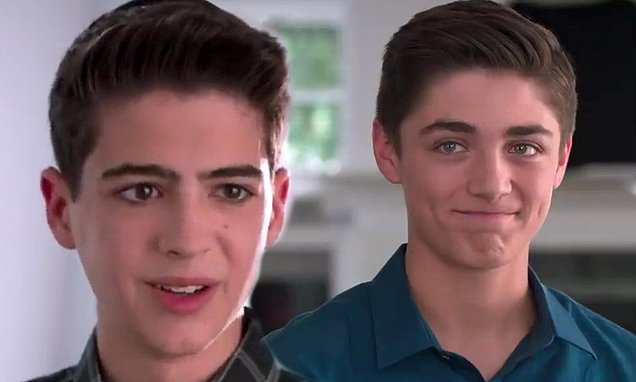 Andi Mack, the Disney Channel show that features an out-gay teen and earned the network a fair number of “firsts”, has been canceled.

The tween dramedy series’ third and final season will air this summer, according to Deadline.

That moment kicked off what would become an ongoing coming-out storyline, noteworthy for the character’s young age. That it had Mickey’s stamp of approval only went to show how much attitudes around queer issues were changing.

“I feel weird, different,” Cyrus said when he first inched out of the closet.

“Cyrus, you’ve always been weird, but you’re no different,” Buffy replied. “You’ll be okay. I promise.”

Then in February of this year, another first: Cyrus said the words “I’m gay.”

At a mourning ceremony for his grandmother, Cyrus finds the courage to come out while describing the food at the event.

“That’s gefilte fish—skip that,” he advises before blurting out, “and I’m gay.”

“With more and more young people coming out as LGBTQ, Andi Mack is reflecting the lives and lived experiences of so many LGBTQ youth around the country,” GLAAD president Sarah Kate Ellis previously stated.

“Television reflects the real life world and today that includes LGBTQ youth who deserve to see their lives depicted on their favorite shows.”

“Andi Mack was a labor of love for a room of impassioned, inventive writers, a talented and dedicated crew, and an extraordinary, miraculous cast who inspired us all,”  series creator and executive producer Terri Minsky said.

“We had the honor of breaking a lot of new ground for Disney Channel. We were its first serialized show, its first series centered around an Asian American family, and its first to feature an LGBTQ character who spoke the words ’I’m gay.’ But the best part of making Andi Mack was our audience, who let us know we mattered to them. The series finale is for them.”

Andi Mack was by all accounts a success on the network, even becoming the highest-rated show in the 6-14 age bracket. Considering how forward it put queer themes, that’s an incredible achievement.

The final episodes will begin airing in June, and the series finale will arrive July 26.