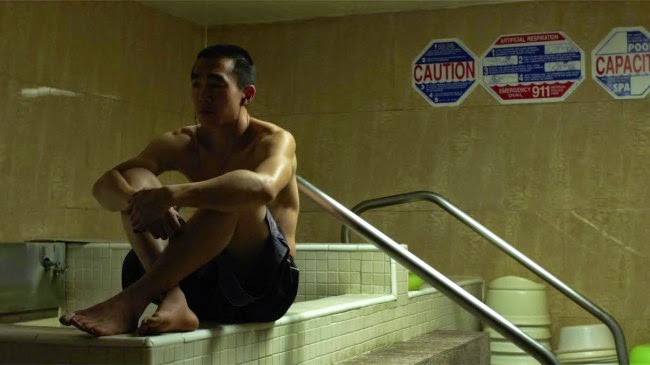 Director Andrew Ahn emerged as a distinctive and commanding queer voice with his 2016 debut feature, Spa Night. The film tells the story of David, a repressed, 18-year-old Korean American living in Los Angeles. To help cover the household bills, David takes a job at a spa in Koreatown, where he discovers a literal shadow world of homoeroticism and gay sex. Witnessing so much sexual activity at work begins to awaken David’s own sexual feelings, the attractions he begins to feel, and the questions that come along with them.

Spa Night isn’t a conventional coming out story, nor is it a meditation on cultural homophobia, though it does contain elements of both. Don’t expect a tidy resolution to David’s story either. That the film doesn’t bother to try to address questions it knows it cannot answer is one of its many strengths. Joe Seo (of Cobra Kai fame) gives an enigmatic and credible performance as David, and Ahn proves himself a sensitive and polished director. Sexually charged, tense and voyeuristic in its design, Spa Night should entice viewers with its frankness, and with its mystery.