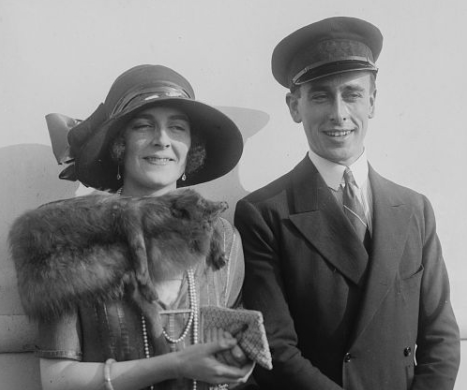 A three-part docu series about Lord Mountbatten, Prince Philip’s beloved uncle, touches on the alleged arrangement he and his wife, Edwina, had when it came to the bedroom.

Episode 1 of The Private Lives of the Windsors centers around Lord Mountbatten, the great-grandson of Queen Victoria who was lovingly referred to by his family as “Uncle Dickie.”

In addition to being Prince Charles’ honorary grandfather and mentor, he was a naval commander who advised Queen Elizabeth II.

The episode chronicles Mountbatten’s life and military career, as well as his marriage to society heiress Edwina Ashley, who he wed in 1922. The highly publicized ceremony was a major society event, as Edwina was the richest heiress in the country at the time.

The couple allegedly had an open marriage. Not only that, but they were both bisexual. At least, according to FBI documents and other reports.

As this documentary series shows, however, it was Edwina who started to cheat first. She went on to have what can only be described as a harem of lovers, including polo players, aristocrats and magnates.

Although he was devastated by the first infidelities, Dickie coped by taking his own lovers. He later admitted “Edwina and I spent all our married life getting into other people’s beds.”

And how. Their marriage involved bed-hopping and threesomes. We do know that FBI documents from the 1940s revealed shocking claims that Mountbatten was secretly “a homosexual with a perversion for young boys.”

In the documents, the couple are described as “persons of extremely low morals” and many have suggested both were bisexual–a huge taboo at the time.

“It was extraordinary really,” says Royal Family historian Andrew Lownie, author of The Mountbattens, which also explores rumors that Lord Mountbatten may have had a taste for male flesh.

Lownie continues, “Edwina was a fascinating character. She really didn’t care what society thought of her. She just did her own thing.”

Being one of the richest people in the country definitely affords that luxury.

“Even now people are pretty discrete about these things, in those circles,” Lownie adds. “It was a case of, as long as they didn’t scare the horses, they could get up to whatever they wanted in private, as long as it didn’t become public.”

Still, Lownie says, “they lived on the edge of being caught the whole time.”

The Private Lives of the Windsors originally aired on Smithsonian Channel last fall. It is being re-aired beginning August 17. It is also available to watch on Amazon.