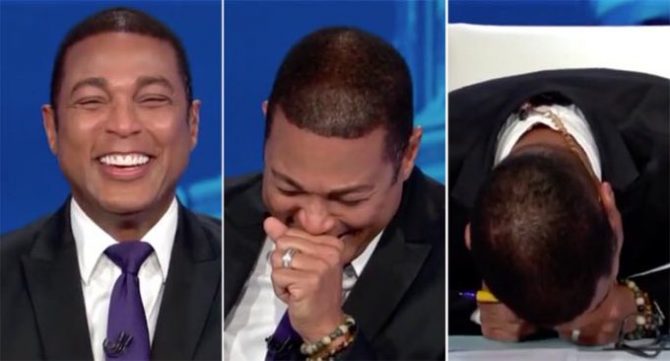 Asked how Donald Trump might react if he loses his reelection bid, Mary Trump said it will be a “rough ride” for the nation but especially for her uncle.

“He’s not going to take it well,” she said. “Losing is not an acceptable thing in my family.”

“My grandfather set his business up and his family up as a zero-sum game, and that meant only one person could win and everybody else needed to lose, and in order to win, Donald was trained to do whatever it took, whether it was lying, cheating, or stealing.”

Asked whether she’s ever seen her uncle behave the way he has been acting in recent weeks, Mary Trump said she has not, adding that she believes his wild behavior has to do with the fact that he’s running out of options for where to turn to for help.

“He is in a completely different universe right now where nobody’s left really to help him out of the jams he keeps getting himself into.”

Things took a humorous turn towards the end of the interview when Lemon asked Trump about her uncle using the Village People’s gay anthem “Macho Man” at his MAGA rallies.

“He completely misunderstands the message of that song, I’m guessing,” Trump said. To which Lemon responded by bursting out into laughter and saying, “At every gay bar every night they play that song. And there he is dancing. You cannot write this stuff.”

“Is that dancing?” Trump asked. “I’m sorry. I thought it was a white man’s overbite thing.” To which Lemon burst out laughing again and said she was “reading my mind.”