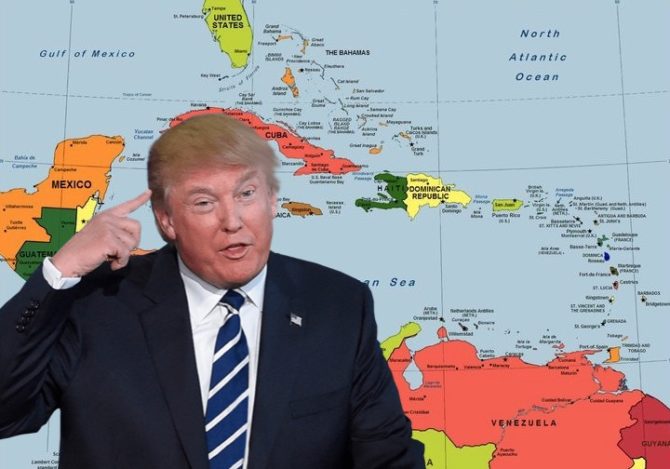 “’It’s very, very tough because it’s an island,’ the president said, asserting that his government received ‘A+’ marks for responding to storms in Texas and Florida. ‘The difference is this is an island sitting in the middle of an ocean — and it’s a big ocean, a really, really big ocean.’”— Donald Trump, as reported by The New York Times, discussing hurricane aid for Puerto Rico, which sits firmly in the Caribbean Sea, about 100 miles from the Dominican Republic, or about a 2.5 hour flight from Miami.