As the world watches the shipwreck that has become Donald Trump’s presidency, TIME magazine has released another cover depicting the chaos currently washing through Oval Office.

Oh, but it doesn’t stop there. Cohen admitted under oath that he broke the law “in coordination with and at the direction of a candidate for federal office,” meaning Trump, “for the principal purpose of influencing the election” for president in 2016.

TIME’s latest cover captures the sinking ship metaphor perfectly. It shows the Oval Office completely flooded with water and Trump, over his head in water, treading for his political life. 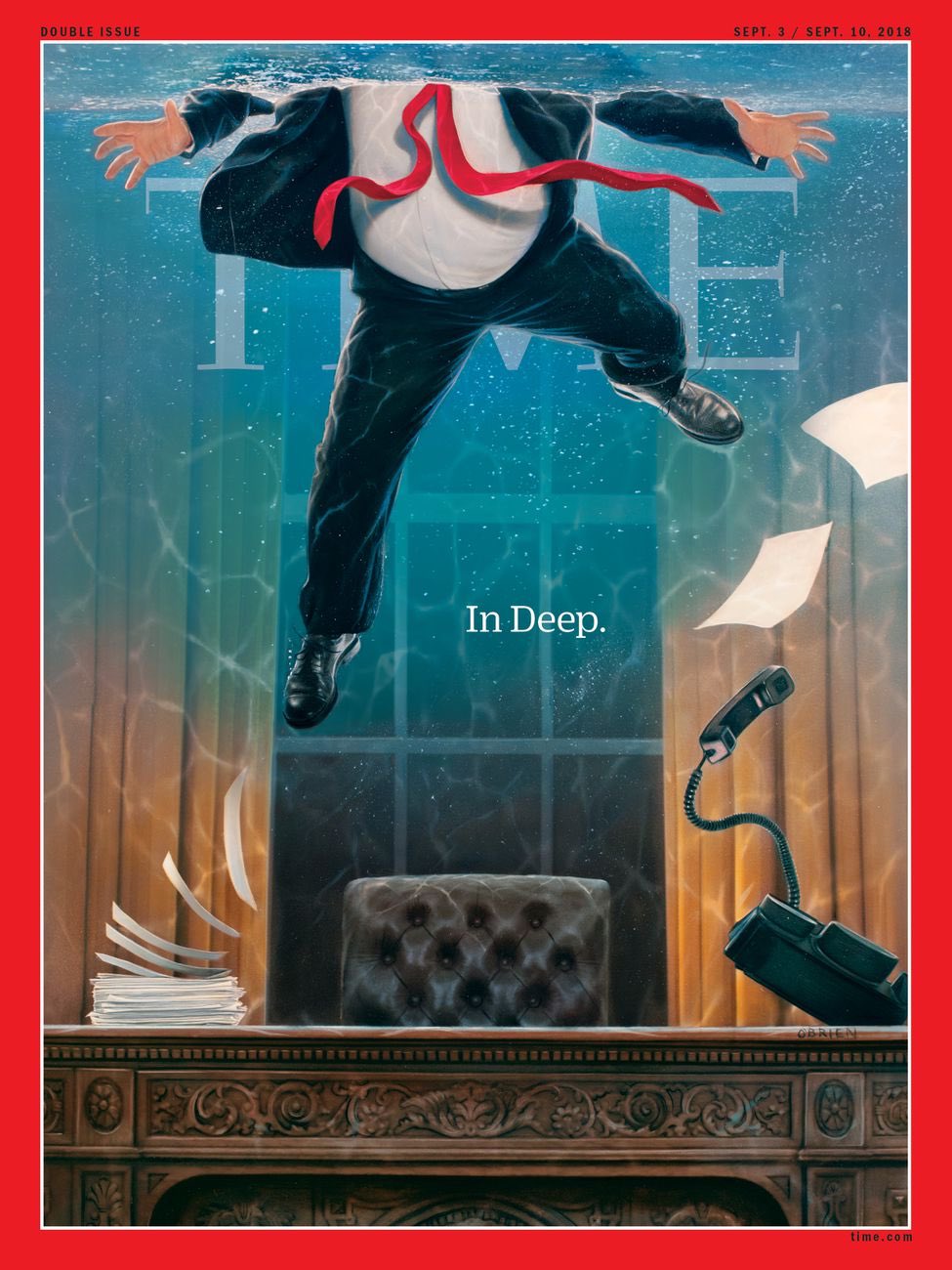 The cover was created by renowned artist Tim O’Brien, who explains:

As the never-ending flood of breaking news washed over the White House, and the firings, the scandals and the general mayhem filled each news cycle, I felt the storm metaphor was as relevant as ever.

TIME also shared an animated version of the cover on Twitter: