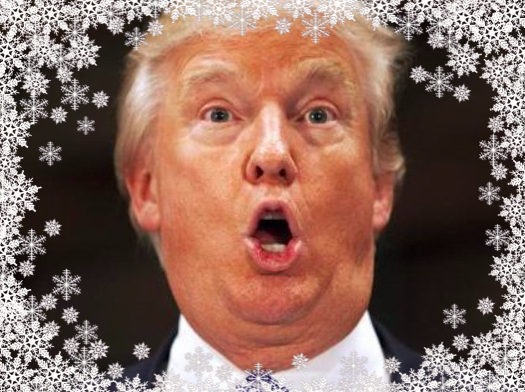 So Donald Trump ordered his Press Secretary to draft up a totally pointless press release about how great he is and post it to the White House’s official webpage this morning.

Related: Trapped in a glided cage: Does Melania Trump deserve our sympathy?

What follows is a bullet point list of a dozen or so tweets, quotes, and excerpts from various media outlets — including two from Fox News — that have said favorable things about Donald Trump since he took office less than a week ago.

The press release is meant to offer “alternative facts” to counter all the negative “fake news” that the mainstream media has been reporting about the Snowflake-in-Chief over the past five days.

The quotes include words like “incredible,” “phenomenal,” “a winner,” “positive,” “inspiring,” and “optimistic.”

Related: Activists climb crane near The White House to deliver not-so-subtle message to the masses

Unfortunately for Team Trump, nobody’s falling for his latest exercise in self-aggrandizement.

this is the strangest thing trump has done yet, can you imagine being so insecure you put out a press release of compliments about you??? https://t.co/BRbGDg2EQM

A few days after complaining about the media's negativity, this appears on the White House website
https://t.co/ZBQLszDBI3

Trump cites praise from, wait for it, the lying, dishonest, biased press. https://t.co/s7tpm3IRNT

The White House press office is now acting like a movie poster for itself, cherry picking favorable quotes. https://t.co/zP0d0g3Bs5

You GUYS. The White House just sent a press release of news clips that show how much the press lervz Donald Trump.

They're pandering to his need for applause and praise. Next, clapping when he goes potty and smarties for reward.https://t.co/UaoVNUsTDT

This is a) weird and b) "Trump has done a lot" is not necessarily praise… https://t.co/fna0Ae67AK

Donald Trump now has the White House press office to amplify praise of himself pic.twitter.com/Z2vknnTlzI

I'm sorry, did they get hacked? Or are we now judging our leaders like we judge our Broadway plays? https://t.co/BT2YoPLWxt