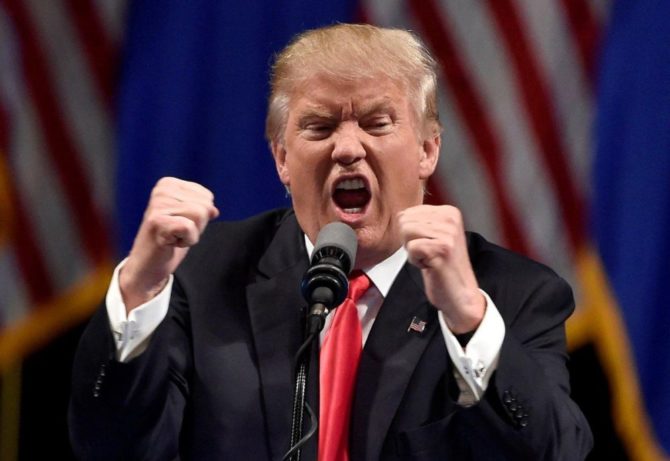 This just in, folks: A gaggle of House Republicans have formally nominated Donald J. Trump for the Nobel Peace Prize and they’re citing his efforts in bringing peace to the Korean peninsula for their reason.

I spoke with President Moon of South Korea last night. Asked him how Rocket Man is doing. Long gas lines forming in North Korea. Too bad!

Since taking office, President Trump has worked tirelessly to apply maximum pressure on North Korea to end its illicit weapons program and bring peace to the region. His Administration successfully united the international community, including China, to impose one of the most successful international sanctions regimes in history. The sanctions have decimated the North Korean economy and have been largely credited for bringing North Korea to the negotiating table.

Kim Jong Un of North Korea, who is obviously a madman who doesn't mind starving or killing his people, will be tested like never before!

The nomination was led by Rep. Luke Messer (R-IN) along with 17 other House Republicans who all agree that Trump’s handling of the situation was not only Presidential, but deserving of all the awards.

Why would Kim Jong-un insult me by calling me "old," when I would NEVER call him "short and fat?" Oh well, I try so hard to be his friend – and maybe someday that will happen!

Twitter, however, feels differently and has responded to the nomination accordingly:

So Trump is being nominated for a nobel peace prize and Kanye West is going on Alex Jones. Seems like a normal Wednesday.

Thinking Donald Trump should get a Nobel Peace Prize is like thinking
Roy Moore should get a career achievement award from The Girl Scouts of America.

Hello media folks talking about @realDonaldTrump's prospect of a Nobel Peace Prize: why don't you reach out to the committee & ask if they would even consider someone who has been credibly accused of sexual misconduct/assault/rape by 20 women? Let's not get ahead of ourselves.

give this girl the nobel peace prize pic.twitter.com/bAt95ZZaKk

Hitler was nominated for a Nobel Peace Prize too… his fire and fury speeches didn't get him his prize and neither will Trumpie's rage tweets.

Republicans are now comically insisting Donald Trump should win the Nobel Peace Prize. There’s no chance the Nobel committee would ever do that – but they might give him the Nobel Piss Prize.

A Nobel Peace Prize isn't earned by threatening to annihilate an entire country with "fire and fury like the world has never seen.”

You know that the Nobel Peace Prize Committee is on Twitter and can see #Trump’s tweets, right? @NobelPrize

If they give @realDonaldTrump the Nobel Peace Prize as he is shuffling off to prison in shackles and his orange jumpsuit, we can have a series finale that will satisfy everyone.