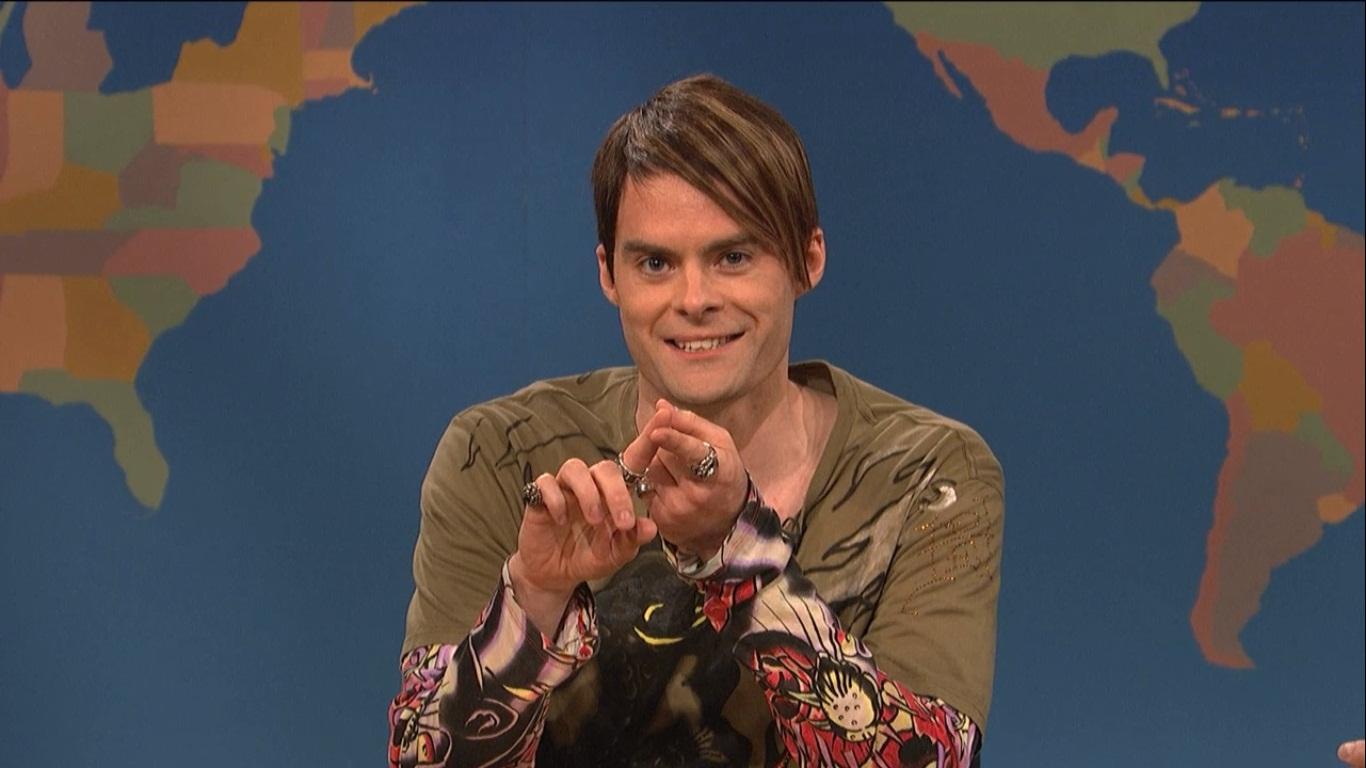 Actor and SNL alum Bill Hader has opened up about one of his most iconic characters…and his discomfort in reviving him.

Hader rose to fame with his stint on the late-night comedy stalwart which ran from 2005-2013. His signature character became the flamboyant “Weekend Update city correspondent” Stefon, a role he wrote alongside John Mullaney. Stefon slew audiences with his mix of whispered nightclub recommendations and sordid personal issues. Hader’s penchant for breaking character and laughing also made audiences swoon over the character; Mullaney and Hader would write the sketches together, then Mullaney would rewrite them without Hader’s input. The actor would then read dialogue off cue cards without knowing what he would say, and lose his composure in the process.

Now, despite the enduring popularity of Stefon, Hader says he hesitates to return to the role. Speaking with The Guardian, Hader revealed that he’s turned down offers to reprise the role on SNL, fearing that the current political climate would sour viewers on Stefon’s flamboyance.

Related: Stefon is Back! Maybe, Eventually.

“I was like, ‘I don’t think that’s really a good thing to do now,’” he said. “I mean, we had an openly racist, homophobic and misogynistic president, and half the country voted for him – twice! So [those attitudes] are really prevalent.”

“[The political climate] made me back up a bit and say, ‘Wait, maybe people see this character a different way,'” he continued. “Because I really love Stefon and it never occurred to me that he would be seen as a stereotype, and that really hurt.”

“The thought that anyone might think I was making fun of gay people really sucks,” he concluded. “So I’m not saying I’d never play [that character] again, but not today.”

Frankly, that disappoints us. We loved Stefon, in all his messy, gay glory, and even if Hader is straight, he made the character vulnerable and lovable. Besides, his on-screen “romance” with “Weekend Update” anchor Seth Meyers also gave LGBTQ viewers a same-sex couple to root for.

Besides, without Stefon, how will we know which nightclubs to visit next time we’re in New York?