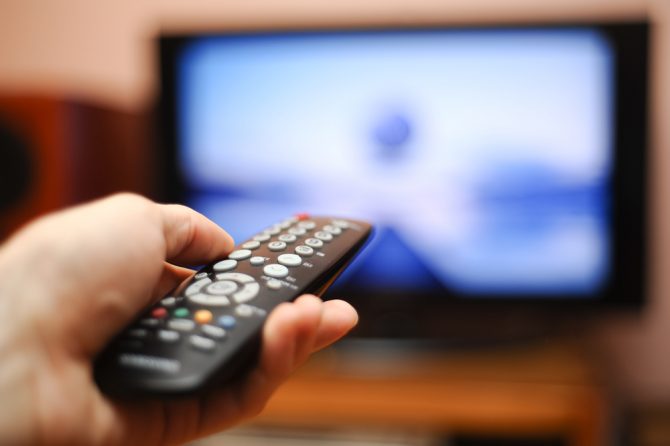 The first time I saw myself represented on TV was in 2012. I was a junior in college, and having just discovered Breaking Bad on Netflix (back before Orange is the New Black was even a thing, good god I’m old!), I was amazed to see someone with Cerebral Palsy on my screen. Of course at the time, I don’t think I understood the sheer magnitude of what this meant. For me, it was cool to see someone like that, simply because I had never seen it before.

Fortunately, we’ve come a long way since the early 2010s. Shows like Special have done a great job of infusing love, sex, and disability into a single show. Just last week, I watched an episode of Grey’s Anatomy that starred a character who is deaf, played by the amazing Shoshannah Stern. A day later, Josh Thomas’ brilliant Everything’s Gonna Be Okay showed one of its main characters, who is autistic, having sex for the first time in all its awkward, hilarious glory.

It appears things are looking hopeful. According to GLAAD’s 2018-2019 “Where We Are on TV” 2018-2019 report, the number of series regular characters with a disability saw a slight increase to 2.1 percent over last year.

But we all know, even with that increase, it’s still not enough. It would be easy for me to grab a metaphorical pitchfork and declare “we need more disabled people on TV!” But I’m tired of that argument. We’ve heard it before, and quite frankly, there are many people out there who have done a much better job writing about the subject than me.

We do need more people who are disabled, yes, and but more than that, we need more, better stories on TV involving those who are disabled. We’ve all heard “representation matters” but in my mind, representation means nothing if it’s one-note or lacking substance. I’m honestly tired of seeing disabled folks on the side lines, in one-off episodes, or supporting characters that are only there to push the plot forward.

One of the beauty’s of Special, as I noted back in June 2019 (which LOL, how much of a narcissist must I be to quote myself?!), is that “Special is no sob story, nor is it trying to be inspirational in depicting disabled people as holier-than-thou saints who can do no wrong. No. O’Connell’s character is very flawed. He gets offended when someone suggests he date a deaf person, forcing him to confront his own ableism head on. He argues with his mother and says some cruel sh*t in the process. He kisses weird… Perhaps the most, ahem, special thing about [the show] is the fact that it is simply being–in its big moments and small–and that, in itself, is revolutionary.”

Other shows like This Close, a series written by and starring deaf creators, is also making strides in telling the nuanced kind of stories about living life with a disability.

But again, it’s not enough for me. We need more Special‘s and This Close‘s. How is it that we can have 3,000,000 medical drama shows but only two shows created by and starring disabled leads? That’s the real emergency. I want to live in a world where I need more than one hand to count the number of shows with not just disabled characters, but shows that tell the kind of in-depth, messy disabled stories that deserve to be told. But until that day comes, I’ll be keeping my pitchfork at arm’s length.