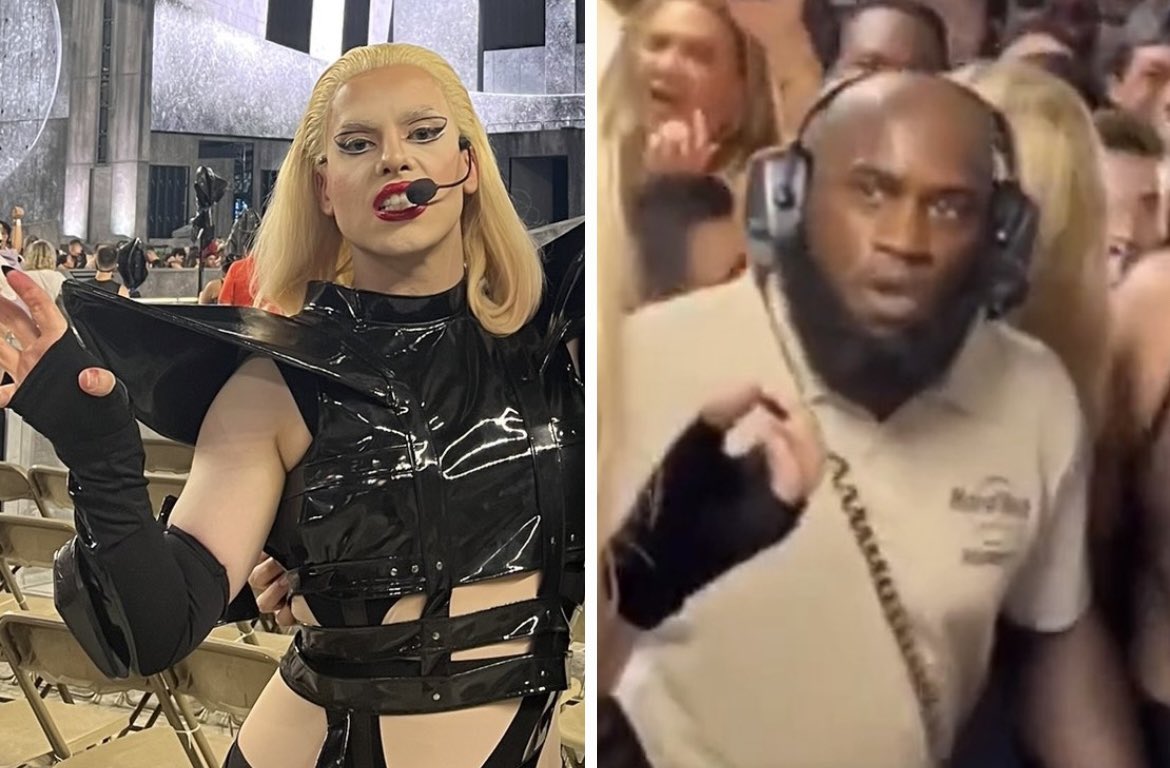 The drag queen icon impersonator hall of fame is pretty well established at this point: Cher has Chad Michaels, Britney has Derrick Berry, etc. After the last stop of the Chromatica Ball tour, the world has finally met Lady Gaga‘s match.

Brazilian queen Penelopy Jean has been performing as Mother Monster for years, but her greatest performance of all might have been trying to escape the arena following the show in full Gaga-geish.

The final stop of the Chromatica Ball in Miami was unfortunately rained out mid-performance. Imagine how happy the Little Monsters were to get a glimpse of their idol after the show–or, at least, someone they thought was her.

On her way out of the stadium, Jean was swarmed by fans:

Related: The 5 most chaotic Chromatica Ball moments (so far!)

Seeing the commotion, the concert security team started coordinating to get “Lady Gaga” out of the crowd safely.

The team wouldn’t leave her alone until they finally heard the impersonator screaming that she’s not the singer after all.

This hilarious clip captures the moment of realization:

This isn’t the first time a queen has accidentally impersonated their fave a little too well.

Back in 2019, John Travolta meant to hand the “Video of the Year” VMA over to recipient Taylor Swift. Instead, he passed it to Jade Jolie, the Drag Race queen who had impersonated Swift in her winning “You Need To Calm Down” music video. Cue gay laughter and a million “Adele Dazeem” references.

Penelopy Jean seems to have made it out of the Chromatica Ball in one piece, sharing her story in a perilous story-time TikTok in Portuguese.

You can see her go from excited to overwhelmed in real time:

Her final clip asks, “What do you think? Would I deceive you too?” We personally can’t say she wouldn’t!