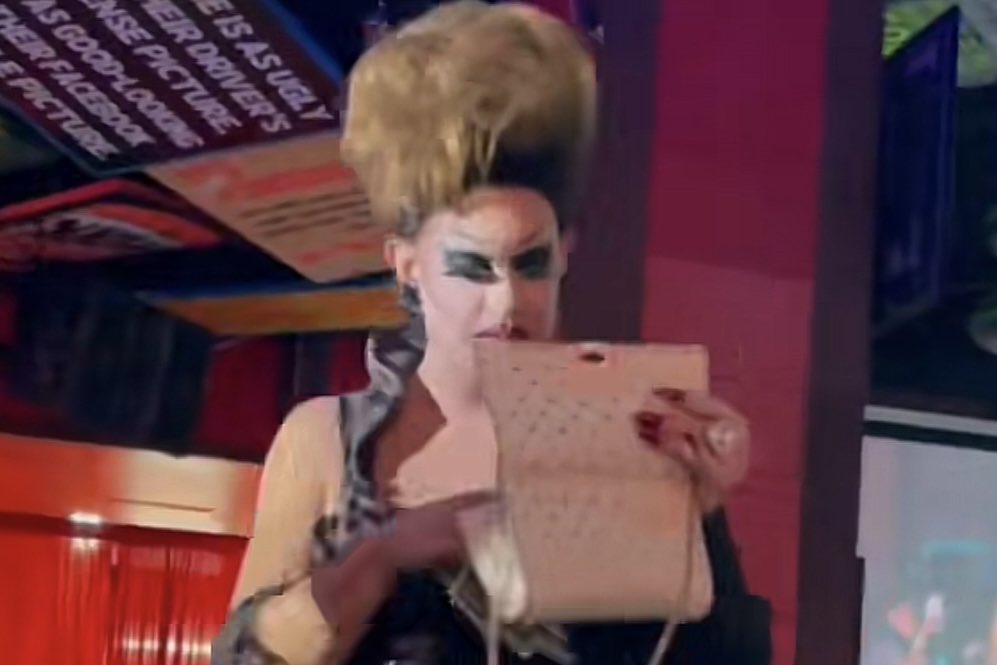 Beloved Las Vegas drag queen Shannel might have to lawyer up after a performance allegedly left one bar patron running to the police.

During a number at Señor Frog’s bar, Shannel apparently did a bit where she picked a purse up from a table, carried it around as she collected tips, and then brought it back to the owner. Before setting it back down, however, she allegedly grabbed a few bills from inside.

The moment was captured on video:

Throughout the video, the patrons at the table can be seen laughing and smiling at the performance. That changes at the very end, when the woman who owned the purse can be faintly heard turning to her table and saying, “I had hundreds in there.”

Related: That infamous 1997 catfight between RuPaul and Joy Behar is making the rounds on social media again

The woman, TikTok user @MeggyMomma, took to the platform to tell her side of the story. She claims that not only was $700-$800 taken, but that Shannel then berated her for being upset until she left.

She alleges being called a “Karen” and getting soundly cursed out:

The venue has refunded her ticket to the show and paid her the $700 she said was taken, but that’s apparently not enough.

In a followup, she explains that the party is seeking thousands in damages for a costly cabana rental that that night’s lengthy investigation kept them from being able to use.

Shannel issued a statement of her own, which claims that her total tips for the entire night didn’t come out to the amount that the woman is claiming she stole. She concedes that she reacted poorly to being accused by the woman during her show, but maintains that it was only a few dollars.

She also says that she will surely never be doing this bit again:

Related: From ‘Hereditary’ to ‘Glee’, these are the spoken word lip-syncs ‘Drag Race’ should do next

For veteran followers of the queen, it’s an unexpected situation all around.

On the one hand, this would be an incredibly odd lie for the woman to start, especially to the magnitude of involving management, police, and a legal defense.

At the same time, it’s unthinkable that this staple performer of the Las Vegas strip would have the need for a few hundred dollars petty cash and be so brazen as to take it mid-performance with all eyes on her. Queens with sticky fingers usually don’t make it too terribly far — stealing tips from another performer, for instance, can easily get a girl blackballed in an entire city — so theft being in her wheelhouse doesn’t really track, either.

Whatever the truth is, we’d like to nominate this case to be taken straight to Judge Judy.