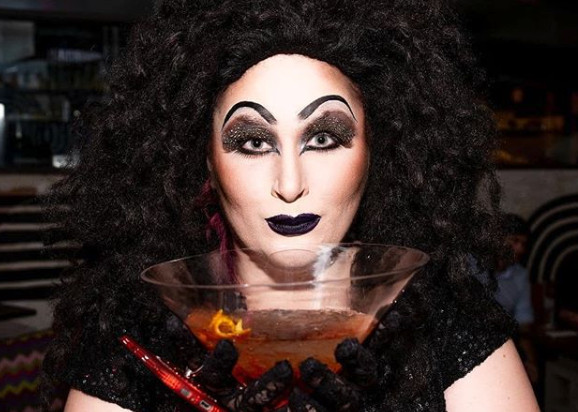 “It is a big controversy for many but I hope my feature will open doors to bio queens and drag kings around the world to be more accepted and loved,” Heals says.

Related: OMG! RuPaul’s Drag Race UK will air in 2019, but not everyone is happy

Heals had begun her drag career as a drag king, but couldn’t connect to the look. “It just didn’t feel right, I didn’t feel like myself,” she recalls. That changed after seeing noted drag queen Pangina Heals perform and speak about cisgender drag queens. Pangina would go on to play drag “mother” to Felicia, coaching her in her newfound expression.

“Pangina is a drag mother who lets you develop yourself,” Felicia explains. “She asked me first to see if I was ready to perform before I did perform for the first time. When I have questions she is always happy to advice and suggest or give a hint of what I might want to try, but in the end the decision is up to me.”

With Pangina’s encouragement, Felicia decided to audition for Drag Race though she had not even spent a full year performing. Much to the delight of both mother and daughter, she won a spot on the show.

The inclusion of a cisgender woman as a contestant marks a new level of inclusion for the Drag Race franchise. In the past, producer/host RuPaul has made mixed remarks about extending the show to include contestants other than gay men.

houston, we have a problem
15