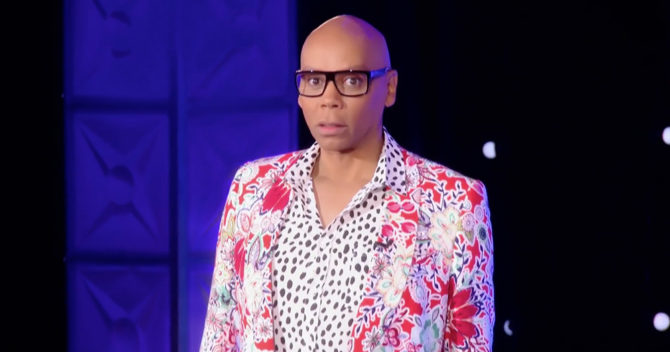 These are to RuPaul’s Drag Race as PTB microphone plosives are to C-SPAN.

Spoilers ahead for episode one of RuPaul’s Drag Race All-Stars season 3.

The mystery of the 10th queen was revealed this week as Drag Race season one winner Bebe Zahara Benet returned to the workroom to hash it out for a spot in the Drag Race Hall of Fame.

The move was unprecedented, as the previous All-Stars seasons have only featured queens who did not win their season. Of course, Ru makes up the rules as he goes along (that’s part of the fun), so who says a previous winner can’t win All-Stars?

While the explanation for Bebe’s return could very well be that simple, what if it isn’t? Compelling argument, huh?

There’s a theory being attributed to one Chris White on Facebook (sounds suspicious already) that there is some serious mischief afoot. White’s hunch? Bebe is actually a secret judge.

“If you guys were smart, and notice the “Handsmaids Tale” theme to this season, you would know that Bebe isn’t really there to “compete”. Ru put her in the competition as a “mole”, just like in Handsmaid Tale. Bebe is going to coast by never landing in the bottom 2 or winning a challenge; she will always be safe. When the finale comes, Bebe will be announced as the mole and helps Ru decide which queen will be come the winner. By doing this, it allows Bebe to showcase her talent to new fans every episode without her winning a single thing from lipsynchs and the grand prize since she already won. This also allows Mama Ru to do an All Stars season of just winners only in the future. You’re welcome.”

Take all the time you need to process.