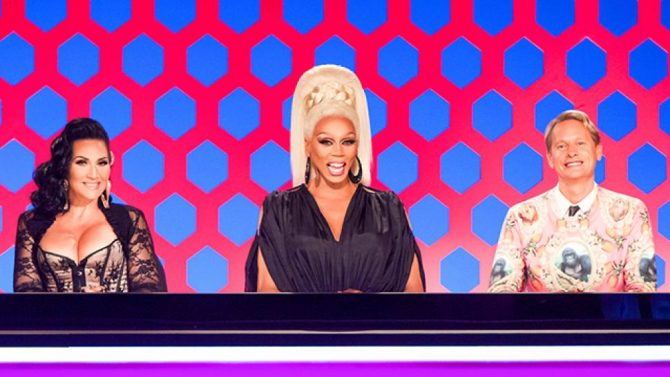 An Emmy Award-winning RuPaul’s Drag Race editor has a message for the show’s enthusiastic fanbase convinced some queens get intentionally shady edits.

There have been endless debates among viewers whether certain contestants are marked as ‘villains’ or ‘heroes’ by production, and then edited to fit the molds. Some have even claimed footage is intentionally manipulated to create interactions among queens that didn’t even transpire.

“On our show specifically, we really try to maintain the integrity of the queens’ stories.

“We’re not actively trying to manipulate. I think that’s the thing that people online think we’re doing. We’re not manipulating what was said, it just might happen in a different amount of time because we can’t show eight hours of footage.

“It’s not that we’re trying to put someone under the bus. Everyone on this team deeply cares for all of the queens and we want to have their stories told, how they were told.”

Martin maintains that Drag Race actually holds itself to a much higher standard of authenticity than other reality shows.

“Sometimes when I watch shows that I don’t feel are as well-produced as our show, it feels not as real, not as truthful.

“I can see the production side of it more than the editing because we get what we get, what we got on set. But I feel like sometimes, some other shows have not been able to highlight their casts’ true personalities.”

And she perhaps knows this from experience.

“I worked on reality shows that were not as great as this one, and I know that there is a lot of [manipulation].

“But on our show, we’re trying to maintain the heart of these girls in every way we possibly can, because that’s what we all love about this.”

The sentiment echoes previous statements from judge Michelle Visage, who is quoted saying: “I don’t know what a ‘villain edit’ is.

“I could say the same thing, that they edit me to be a ‘villain’, but at the end of the day, I say what I say. Nobody puts words in my mouth. There’s been a lot of times I’ve sat on that panel and looked like a monster for the things that I’ve said. But I said it, I can’t blame Ru for it.”

One thing is for sure, though. For as long as there is Drag Race, there will be Drag Race conspiracy theories on YouTube and Reddit. Would you have it any other way?