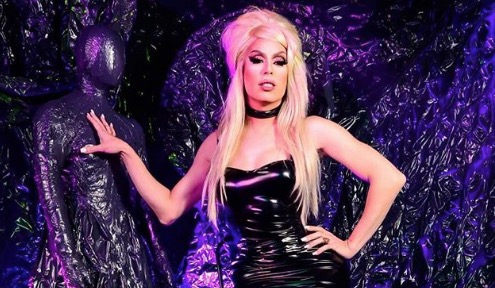 A few Drag Race queens have dabbled in the gay adult film industry before their careers were kickstarted by the show, but this may be the first time a former contestant — and winner, no less — has appeared in a scene after the show.

Leave it to Alaska Thunderfuck, fifth season runner-up and All-Stars season 2 winner, to make a pivot like no other crown-holder before her.

But before your eyebrows raise any futher, Alaska stays fully clothed in the Men.com scene, which costars Dante Colle and Casey Jacks.

Her co-anchor seems to have some sort of remote-controlled mechanism inside of him, and as the controls go haywire, things get awfully crazy in the studio!

This has Emmy written all over it.

Cocktails&Cocktalk was kind enough to splice together a sfw preview: