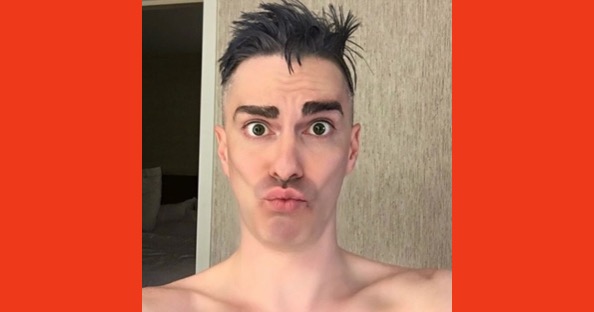 Yesterday we shared the widely reported news that RuPaul’s Drag Race season 8 queen Robbie Turner (aka Jeremy Baird) had been involved in a horrible drunk driving accident that claimed the life of Turner’s Uber driver.

The official Drag Race Facebook page even shared it: 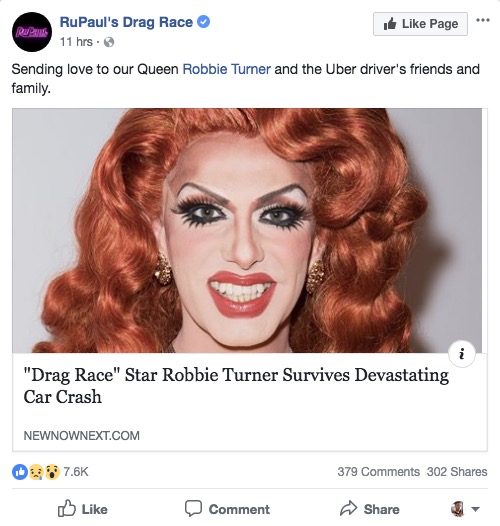 The information came firsthand from Turner’s Twitter account, which in no uncertain terms says “Last night on my way home my Uber was struck by a drunk driver. I closed my eyes briefly & it happened,” and “My driver did not survive.”

There’s just one problem… It turns out it may not have happened.

We don’t want to jump to conclusions here, but there appears to be something more (or much, much less as it were) to the story.

Seattle Gay Scene followed up with a Seattle Police Department spokesman about the incident who said, “I am not aware of anything like that occurring, nor are any of my colleagues aware of this accident.”

SGS adds: “A representative from UBER has responded back to us to state that they have no information consistent with what is being reported about the alleged death of an UBER driver.”

Over at The Stranger, a post went up Wednesday with the headline: “Wait, Did Robbie Turner Actually Have a Brush with Death in an Uber?”

The Stranger spoke with Uber spokesperson Nathan Hambley by email, who said: “Thanks for reaching out, and really sorry to hear that news. We of course know Robbie and have reached out. We are also looking into the accident, but have no information at this time to believe this occurred on our app. If I find out more today, I’ll be back in touch.”

Later, Hambley said, “We’ve reached out to a number of folks on this, too — including Robbie — and still haven’t heard anything. I’m asking that we reach out to her again. Will let you know what I find out.”

We’ve reached out to Robbie, but seeing as nobody’s heard from her, we won’t hold our breath on that.

We’ll update you when this story inevitably gets even more odd.