Nobody is criticizing the Season 5 queen’s past work in the industry, but the video is certainly a bad look. That’s putting it mildly.

Jolie, who is also slated to appear in the upcoming season 4 of the Boulet Brother’s Dragula, took to Instagram to offer a lengthy apology, claiming accountability for her choice and thanking fans who’ve reached out with “love and support.”

She said she participated in the film “against [my] better judgement” and have “felt shame and regret…every day since.”

However, this photo from the shoot does not bode well: 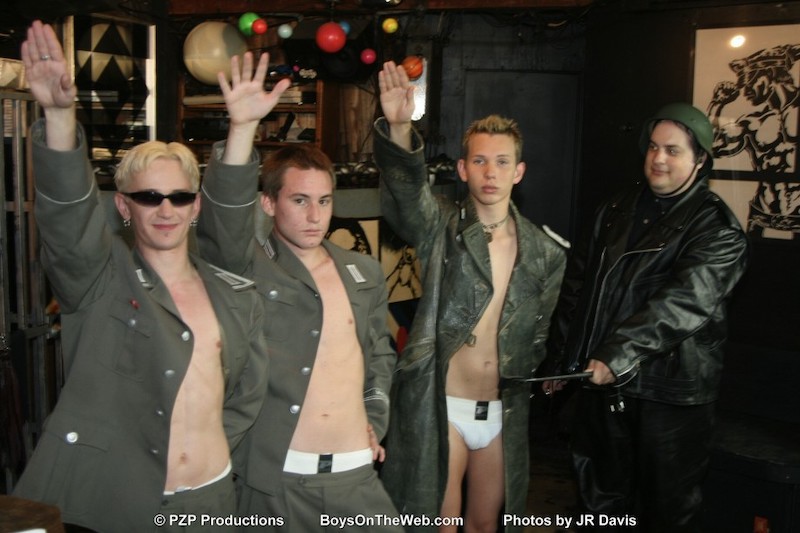 There are more photos we won’t include here.

Speaking to Boy Culture about her adult film past in 2013, Jolie said:

“You know, as far as that goes, I’m never going to regret anything I had to do. I had to make life decisions when I was young, to get by, the get where I am now. So I support everyone. You can come from somewhere like that and to be where I am now, so just don’t ever give up on yourself and don’t let anyone get you down.”

Here’s her full statement about the Nazi video: 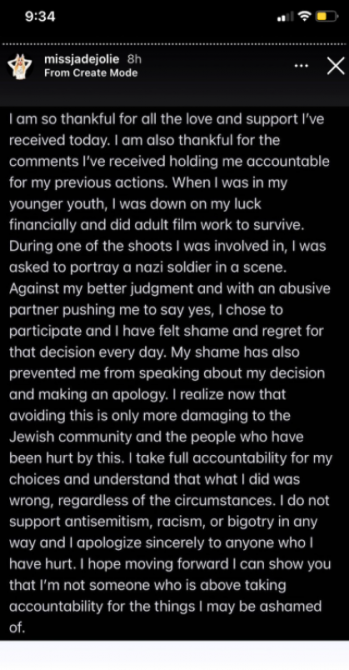