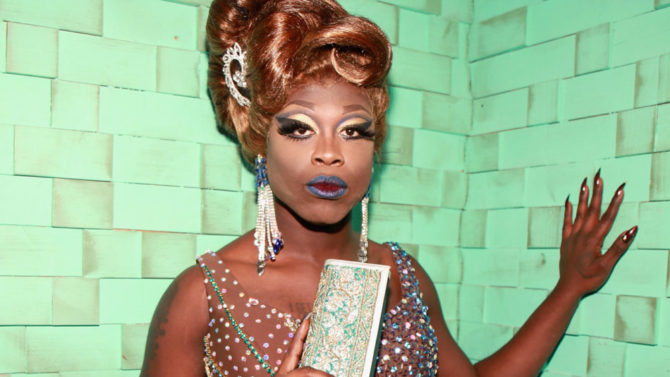 It’s not often we get this excited over regional theater casting news, but this is different!

First off, the theater in question is the Berkely Rep, which is the cream of the crop. (The Tony committee agreed when they awarded it the Tony Award for Outstanding Regional Theatre in 1997.)

The theater is set for a springtime production of both parts of Tony Kushner’s masterpiece, Angels in America.

They’ll be running part 1 (Millenium Approaches) and part 2 (Perestroika) concurrently, alternating by the day and offering marathon days of both productions.

Playing the role of Belize is none other than Caldwell Tidicue, aka RuPaul’s Drag Race season 8 winner Bob the Drag Queen!

And for the theater geeks among us, the part of vehemently antigay gay lawyer Roy Cohn will be played by Stephen Spinella, who won two consecutive Tony awards in 1993/94 for his portrayal of Prior Walter in the original Broadway productions of Angels.

Angels in America offers a deep dive into themes around AIDS in 1980s America. If you aren’t familiar with it (not judging), it’s time to get acquainted.

Read the brilliant script by Kushner, watch the incredibly moving HBO adaptation, and if you can, go see this production in Berkeley!