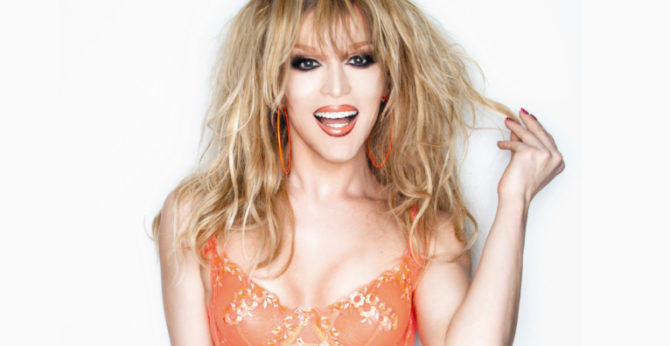 Fans have quickly taken note, and many are rightly upset after the segment aired on Willam’s show Suck Less.

During the episode in question, Willam and guest/fellow Drag Race alum Courtney Act answered some questions sent in by viewers, Dear Abby style.

The pair turned their attention to an e-mail sent by a female viewer seeking dating advice. She had recently begun dating a transgender man, and wasn’t sure how to process him not having a penis.

Willam, known for playing dumb, said: “just because you cut your titties off and take testosterone, that doesn’t change your chromosomes.”

Then he took it further, referencing the 1993 murder of trans man Brandon Teena, whose story would later be told in the 1999 film Boys Don’t Cry.

“He bamboozled the girl… he was trans but he could have told them,” Willam said of Teena. 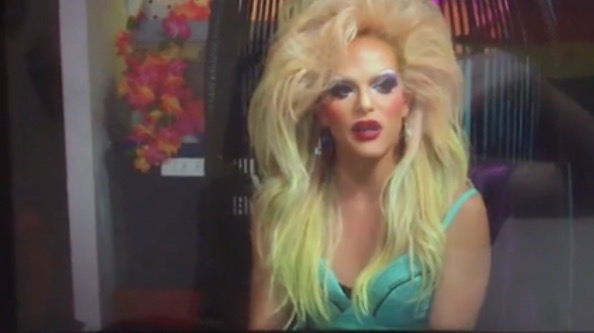 He added: “Here’s the thing, he’s not your boyfriend if he’s not a boy and he’s not f**king you… just because someone says they’re a boy, doesn’t make them a boy.

“If they haven’t had the science [referring to gender reassignment surgery], they’re not a boy yet. Just because you cut your titties off and take testosterone, that doesn’t change your chromosomes.”

Courtney Act jumped in to try and steer the ship back to port, calling Willam’s comments “transphobic.”

“You just accidentally quoted Germaine Greer,” Courtney added, referencing the well-known quote from the trans-excluding feminist author, that “just because you lop off your d**k and then wear a dress, that doesn’t make you a f***ing woman.”

Willam seemed to agree with the quote, responding, “Once you do all that science stuff, then it does [make you a woman].”

Again, Courtney interjected:  “You’re dating a trans man, by the sounds of it,” she said.

“[Just because he] does not have a penis, it doesn’t mean that he can’t pleasure you.” 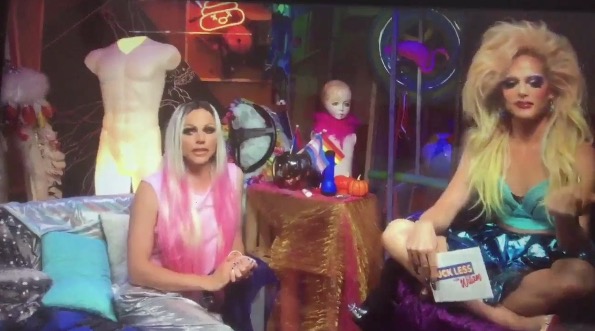 Then she addressed Willam’s language: “Saying that he’s a butch lesbian is disrespectful. He’s not a butch lesbian. He identifies as a man, and you need to respect his identification.”

“It’s not up to you to choose how somebody identifies,” he added.

Willam’s ignorant statements are somewhat surprising given the way he corrected Derrick Barry, another Drag Race contestant, when he made some woefully inaccurate statements about Stonewall during a Pride round table.

On Reddit, fans are expressing disappointment over Willam’s statements.

“How is a drag queen gonna be so transphobic?” asked one commenter.

“Yikes I thought he was better than this,” chimed another.

Meanwhile, folks are impressed with the way Courtney Act handled the situation:

“Between this and her awesome video documenting the process of getting tested for HIV,” wrote one fan, “I really could not love Courtney more.”

You can find the segment below:

part one it made me stop recording lol pic.twitter.com/Dr2wEYXT8H

tw for transphobia, willam gets kinda :/// in this pic.twitter.com/jplunpssKa

“I feel bad about how I made people feel about it and this is my official apology,” Willam said in a video posted after the incident.

“I’m sad that me not knowing these things made my friends feel some kind of way,” he continues. “What I do makes me a known entity or a public figure, so I have to be more responsible for my words.”